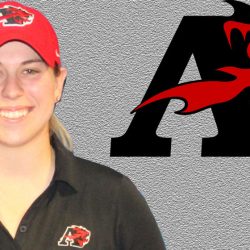 DeLucas served as an assistant coach for the softball team under previous head coach Scot Adams for the past two seasons before being elevated to the interim head coach in May after his departure.

“I am very excited to be given the opportunity to become head coach of the Albright softball team,” DeLucas said. “I look forward to coaching and giving back to a program that gave me so much as a player.”

DeLucas graduated from Albright College in May 2014 with a bachelor’s degree in crime and justice, and was a two-sport athlete for the Lions as well. DeLucas was a four-year member on the Albright field hockey and softball teams. She played in the outfield for the softball team and served as a team captain as well. Along with her success in softball, DeLucas was a goalkeeper for the field hockey team where she became the first player in program history to be selected to play in the NFHCA Division III Senior All-Star Game. She also earned All-Conference honors three times in field hockey that was highlighted by a first-team selection in 2013.

In addition to coaching softball, DeLucas has been serving as an admissions counselor for Albright since the Fall of 2016. She is currently responsible for covering and managing prospective students in southern and northeastern Pennsylvania. DeLucas also has been a liaison between the athletic department and admission/financial aid departments to ensure success in the recruitment of potential student athletes.