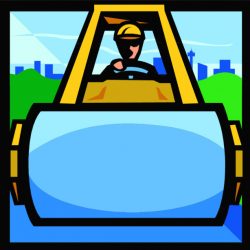 HARRISBURG – A proposal championed by three Berks County senators to improve highway safety in active work zones is headed to the governor’s desk to be signed into law.

Motorists exceeding the speed limit by at least 11 mph when construction workers and an ASES are present will receive a written warning for the first offense, a $75 fine for the second offense and a $150 fine for third and subsequent offenses. Motorists who do not speed through these active work zones will not be impacted by this legislation.

“This issue started back in 2014 when we met with transportation leaders in Berks County about the challenges of work zone safety with the increased number of construction projects coupled with the limited availability of State Police coverage,” Argall said. “Since then, we’ve heard from family members of highway workers who fear the lives of their loved ones. We heard it loud and clear: protect the lives of workers and that’s what this bill will do.”

“I’m absolutely pleased that we were able to get this out of the Senate. Motorists and highway workers alike will benefit from clearly marked active work zones on major highways,” Schwank said. “We started on a bipartisan basis and finished that way, and we picked up input from many interested stakeholders along the way that make it a stronger bill. I am confident it will make our highways safer to ride and to work on.”

“The primary focus of this bi-partisan bill is to protect our highway workers who, by the performance of their civic duties, are placed in harm’s way to improve the Commonwealth’s transportation system,” Rafferty said. “Pennsylvania has witnessed too many highway workers who lost their lives or were severely injured in active work zones due to speeding.”

The lawmakers point out several provisions to warn motorists of upcoming active work zones with the ASES deployed, including at least two warning signs before the active work zone, one sign indicating if the ASES is active as well as ASES location information posted to the websites of PennDOT and the Pennsylvania Turnpike Commission.

“The goal is to change driver behavior and make motorists think twice before speeding in work zones that puts their lives and the lives of innocent workers at risk,” Argall added.

The bipartisan measure heads to the governor for his signature.