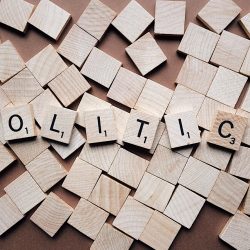 Elections have consequences. But sometimes those consequences are neither clear nor obvious. Tuesday was such an election.

As widely anticipated, state Democrats played a pivotal role in national results helping win control of the federal House of Representatives.  Statewide Democrats picked up 3 seats, reversing the 12-6 Republican control to a 9 to 9 party split with the Democrats in the Pennsylvania delegation. The biggest gains came in the Philadelphia suburbs and the Lehigh Valley.

The Democratic performance also dazzled in the so-called top of the ticket contests.

Incumbent Senator Bob Casey cruised to victory by a margin of 56 to 43 over Lou Barletta.  Casey has now won 6 statewide elections, two as Auditor General, one as Treasurer, and now his third as a U.S. Senator. None of these elections were even close.

Casey has emerged as one his party’s leading critics of President Trump, while supporting the president’s positions on trade and tariffs–support that translated into thousands of votes in those parts of the state with a large proportion of working men and women in the old mining and mill town counties.

Re-elected Governor Tom Wolf similarly coasted to a near record victory 58 to 41 over opponent Scott Wagner.  Ending his first term with a job performance north of 50%, Wolf’s easy victory should not surprise. He also had an opponent in Scott Wagner who could not find an issue that resonated with voters, while Wagner’s campaign suffered endlessly from self-inflicted wounds mainly administered by the candidate himself. State Democrats have now won four of the last five gubernatorial elections.

But state Republicans also won by not losing decisively, notably in the state legislature. They entered election day with 121 seats in the House, with 102 being the operational majority. In the state Senate the GOP held 34 of 50 seats, with 26 seats being a majority. House Republican numbers now have been reduced to 110 seats, losing 11 seats, and 29 seats in the Senate, a loss of 5 seats. Still, that leaves Republicans firmly in control of both chambers of the legislature. Continued Republican dominance of the General Assembly means Pennsylvania will continue to have divided government.

Nationally, Republicans not only retained the U.S. Senate, but picked up at least 2 seats from Democrats, giving the GOP firm control of the upper chamber. GOP gains in the Senate while losing the House was historically significant in a midterm election..

So, overall a big night for the Democrats but far from a mandate. In Pennsylvania, Republicans still control both Houses of the legislature comfortably-while nationally a Trump candidacy for re-election in 2020 is buoyed significantly by the seats his party picked up in the U.S. Senate.

We now have a divided government both in Harrisburg and Washington – and a divided electorate provided it. Much was settled election day but much more remains unsettled.

A split decision doesn’t mean there was no decision. But it does mean the electorate decided to remain undecided – and the country remains embattled in its bitterest political struggle since the late sixties and the Vietnam War civil rights era.

Such division with its chronic divisiveness and partisan wrangling can’t endure indefinitely if American exceptionalism is to remain exceptional. The 2020 presidential election now looms as our next best chance to decide who we are as a nation –and where we want to go.