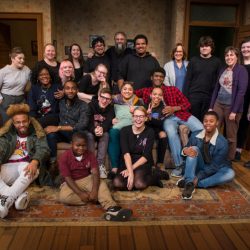 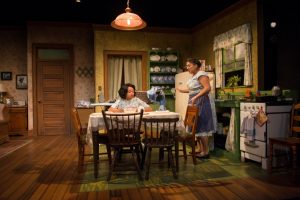 “It is a wonderful honor to be invited to share our work as an outstanding example of college theatre with peers from our eight state region,” said Director Julia Matthews, Ph.D., associate professor of theatre. “We are invited to give two performances on January 18.”

Originally performed in Albright’s Center for the Arts’ Wachovia Theatre in November, “A Raisin in the Sun” was written by Lorraine Hansberry in 1959.

The play depicts a few weeks in the life of a financially-troubled African-American family, living in an apartment in the South Side of Chicago during the 1950s. When the family receives an insurance check, family members become divided over what they would like to do with the money.

Hansberry’s masterpiece is noted for anticipating the issues that sparked the civil rights and women’s movements of the 1960s, as well as the struggles over economic justice and systematic racism that persist today. According to the New York Times, it’s a classic “that changed American theatre forever.”