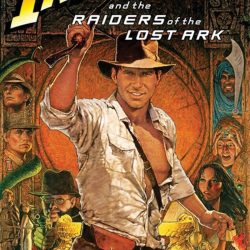 Reading, Pa. – Raiders of the Lost Ark in Concert, a full screening of Raiders of the Lost Ark with a live performance of the film’s soundtrack by the Reading Symphony Orchestra (RSO), will play on Friday, June 14, 2019 at 7:30 p.m. at the Santander Performing Arts Center in Reading, Pa. The complete movie and live symphony event will be held in partnership with FILM CONCERTS LIVE!

“Raiders of the Lost Ark is arguably one of cinema’s most iconic film soundtracks,” said Reading Symphony Orchestra Music Director Andrew Constantine, “and watching the full movie with a live symphony orchestra performing in the same room is an energizing, immersive experience. This event’s unique blend of film and live music gives fans a brand-new way to enjoy Spielberg’s classic adventure film and offers newcomers an unforgettable time.”

In the 1981 film, professor of archeology and “obtainer of rare antiquities” Indiana “Indy” Jones (Harrison Ford) is tasked by U.S. Army Intelligence to recover the legendary Ark of the Covenant before it falls into the hands of the Nazis. Indy’s quest takes him to Nepal and Egypt, reuniting him with an old friend (John Rhys-Davies), an old foe (Paul Freeman), and an ex-flame (Karen Allen) who falls somewhere in between. Armed with his hat, whip, and wits, the intrepid hero must face formidable enemies, and impossible odds, to save the day and the world.

Composed and conducted by film score master John Williams (whose other important works include the music for Jaws and Star Wars), the original motion picture soundtrack for Raiders of the Lost Ark received an Academy Award® nomination for Best Original Score.