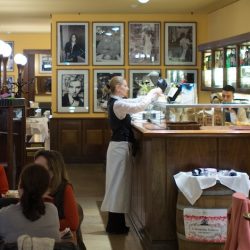 Gov. Tom Wolf has called for raising the state minimum wage to $12 an hour immediately, increasing to $15 an hour by 2025. A letter to the General Assembly signed by almost 40 experts points to a wealth of academic research showing there are few, if any, negative consequences of raising the minimum wage in stages.

According to Mark Price, labor economist with the Keystone Research Center, there would be positive impacts beyond more income for the lowest-paid workers.

“It’ll mean that they can spend more money; that’ll filter out into the economy and help boost the local economy,” he said. “So, it’s something that is both good for workers but also good for the larger economy.”

By 2025, Price said, a $15 minimum wage would result in $6.5 billion in higher wages for 2 million low-wage Pennsylvania workers. He added that the minimum-wage increases proposed by the governor also would mean fewer people would need to rely on state-funded programs to get by, saving the state money.

The letter to lawmakers also suggested phasing out the sub-minimum wage for tipped workers, which has been stuck at just $2.83 an hour since 1998.

Pennsylvania hasn’t voted to raise the minimum wage since 2006 and, when adjusted for inflation, it is now almost 30 percent less than it was 50 years ago. Price said there’s a simple way to keep the wage gap from growing every year.

“A critical policy that gets us out of this cycle of having to come back every decade or so and advocate to raise the minimum wage is an annual adjustment for the cost of living,” he said.

He added that raising the minimum wage also is key to the growth of good-paying, skilled jobs in Pennsylvania.

The open letter is online at keystoneresearch.org.