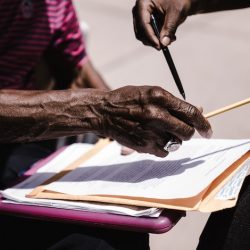 HARRISBURG, Pa. — The 2020 Census Day is April 1 of next year, but opportunities are opening up now to help ensure the count is a success.

The Census Bureau is charged with counting every person living in the United States once each decade. It’s a massive undertaking with important consequences, including distribution of federal funds and drawing congressional district lines.

According to Tim Olson, associate director for field operations with the U.S. Census Bureau, they’ll soon begin hiring more than a half-million workers nationwide to help the count go smoothly. Applications are being accepted now, and for the first time, people can apply online through the Census Bureau website at 2020census.gov/jobs.

“Whenever anybody goes to that site, as they put in their address, it will identify for them what the local pay rate is in the county they reside in, and will walk them through a very simple online application process,” Olson said.

In another first, when the count begins next year, the 2020 Census will also allow the public to fill out their census forms online.

The Trump administration wants the census to ask respondents if they are U.S. citizens, which many believe would discourage non-citizens from participating. That question is being challenged in the courts. But Olsen said either way, no one should feel intimidated.

“We are not able to share their confidential information with any law enforcement agency or other entity,” he said. “So, they can feel confident that when they answer the census, their information is safe and secure.”

The U.S. Supreme Court is scheduled to hear the case challenging the citizenship question later this month.

The Census Bureau is also partnering with government and community leaders through the formation of Complete Count Committees. Olson said so far, there 46 such state-level committees.

“More than 1,600 local cities and counties and tribes have also formed Complete Count Committees, with an eye towards encouraging everybody to be part of the 2020 Census, with a really simple message: it’s simple, it’s important and it’s safe,” Olson said.

More information about the census and ways to be involved are online at 2020census.gov.