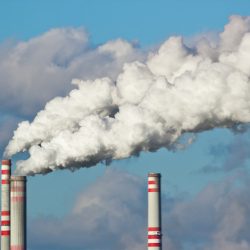 HARRISBURG, Pa. – Pennsylvania could be carbon neutral by the middle of this century under a rulemaking plan now being considered by the state’s Environmental Quality Board.

The board voted last week to accept a carbon cap-and-trade rulemaking petition for further study.

If adopted, the rule would cap carbon and carbon-equivalent emissions for the state at 2016 levels, and lower that cap by 3 percent per year beginning in 2018. Sources of emissions would then purchase credits for each ton of greenhouse gas they discharge.

According to Joseph Minott, executive director of the Clean Air Council, which submitted the petition, achieving that goal would have a global impact.

“Pennsylvania has the dubious honor of producing 1 percent of global greenhouse gases,” Minott said. “And so, it is incumbent upon Pennsylvania to be a leader in reducing carbon emissions.”

He said the Environmental Quality Board has the authority to regulate carbon emissions and the state’s environmental rights amendment mandates that regulations be put in place.

The cap would apply to all sources of emissions including industry and transportation. And Clean Air Council staff attorney Robert Routh pointed out as the cap on emissions gets lower, the cost for carbon credits would increase by 10 percent a year.

“You will see the market respond with innovative approaches to reducing emissions to comply with the program,” Routh said. “And if you project forward, this would lead to Pennsylvania being carbon neutral by 2052.”

Routh added that at an initial cost of $10-a-ton, the cost of pollution credits would be well below the social costs of greenhouse gas emissions.

Minott called the Environmental Quality Board’s vote to accept the cap-and-trade rulemaking petition a real game changer for the drive to lessen the impact of global climate change.

“They cannot, in my opinion, meet the goals that they are required to meet, both in terms of what the governor has committed to and what the United Nations says we have to do in reducing carbon emissions, without this cap-and-trade program,” Minott said.

The petition has the support of nearly 200 individuals, municipalities and organizations across Pennsylvania.