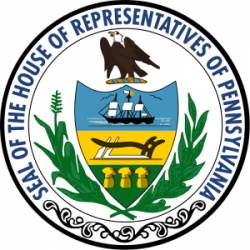 “It is fundamental economics that any business or organization that can no longer survive in the free market should not be entitled to endless taxpayer-funded subsidies, which in the case of keeping the 50 percent operational Three Mile Island nuclear power facility open, state taxpayers, job creators and electricity consumers would be on the hook for no less than $500 million annually,” said Metcalfe. “What we need right now are immediate, secure, and, most importantly, taxpayer-friendly solutions to safely contain and dispose of nuclear waste nationwide.”

Testifiers ranging from policy experts from the Heritage Foundation and Nuclear Energy Institute; energy sector representatives from Exelon Corporation (owner of TMI-1), First Energy (owner of TMI-2), and Talen Energy; the Nuclear Regulatory Commission (NRC) and the Pennsylvania Department of Environmental Protection were invited to present further insight on how to cost-effectively address nuclear waste containment and disposal any time a nuclear facility such as TMI is decommissioned:

“It’s no longer enough to argue that the Nuclear Waste Fund should be reestablished and used for its intended purpose,” concluded Chairman Metcalfe. “Put simply, the feds are already sitting on billions of dollars while nuclear plants such as TMI could legitimately use that money to successfully decommission without unnecessarily exposing our national health, wealth and safety to lethal doses of radioactive waste or excessively burdening energy consumers, job creators or taxpayers with unaffordable costs, fees or fines. Getting access to these billions of dollars sooner rather than never is by far the most secure, cost-effective and equitable nuclear waste containment option.”