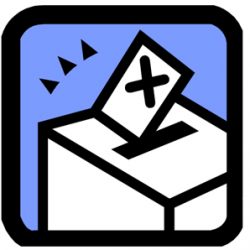 SB 300 Voted out of Committee with Bipartisan Support

HARRISBURG, PA – Legislation that would allow 785,000 independent Pennsylvanians to vote in spring primary elections took another step forward last week. Senate Bill 300, introduced by Senator Joe Scarnati earlier this year, was reported out of the Senate State Government Committee with bipartisan support. The proposal would amend state election law to allow unaffiliated voters to choose a party primary — Democratic or Republican — in which they could vote for candidates.

“This is a promising day for independent voters across Pennsylvania,” said Jennifer Bullock, Director of Independent Pennsylvanians, as a grassroots advocacy group. “We’ve never had the opportunity to vote in what are often the decisive elections in our communities. Being forced to join a political party in order to have a voice in the electoral process is absurd and unfair. We’re grateful that Senator Scarnati has taken up this cause and especially pleased to see both Democratic and Republican members of the State Senate Government Committee supporting the issue.”

Open Primaries PA highlighted ahead of the May 21 primary the growing support for primary reform in Pennsylvania, one of only nine states that still uses closed primary elections. Primaries are likely to determine who ultimately wins public office in many parts of the Commonwealth due to increasingly lopsided party registration. Third-party voters and candidates are also barred from participating until the fall.

Although numerous primary systems are used across the United States, the version proposed by Senator Scarnati’s SB 300 and Rep. Chris Quinn’s HB 192 is among the most straightforward, allowing only unaffiliated voters to choose a party primary to vote in. Such voters would do this on Election Day, with their choice of primary being recorded on a certificate.

“A major challenge with this issue is simply awareness and education,” said Bullock. “We’ve seen some confusion around what this specific legislation proposes, including concerns that voters of all affiliations could vote for any candidate in any party, which is not the case. Many Pennsylvanians aren’t even aware that there is more than one way to run a primary election. So we have work to do.”

Open Primaries PA is a growing coalition of civic and business organizations committed to open and free elections in Pennsylvania that lead to responsive and accountable government.