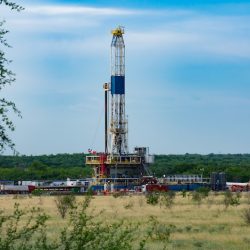 PITTSBURGH – The amount of toxic waste from oil and gas drilling in Pennsylvania has skyrocketed in recent years, and now a new map published by the environmental group Earthworks lets you see what’s being dumped near you.

In 2018 alone, fracking in the Keystone State generated 69 million barrels of liquid waste and 1.4 million tons of solid waste.

That waste contains heavy metals such as lead, and arsenic and radioactive elements such as radium 226, but it is exempt from federal and state hazardous waste regulations.

Most of the waste ends up in landfills and other disposal sites in Pennsylvania.

According to Melissa Troutman, a research and policy analyst with Earthworks, the group’s new interactive map allows anyone to locate nearby disposal sites by typing in an address.

“The map shows where those places are, what kinds of waste have been processed or disposed of at that particular site, and also what year,” she explains.

Troutman notes that radium 226, with a half-life of 1,600 years, is present in virtually all fracking waste, but it is found in higher concentrations in Marcellus Shale than in most other shale basins.

“It’s water soluble, it accumulates in the environment, and as it breaks down it becomes more radioactive,” she points out.

Radium is a known carcinogen linked to bone cancer, lymphoma, leukemia and other illnesses.

Among the report’s recommendations are prohibiting oil and gas waste disposal in municipal landfills or as construction fill or paving material.

And Troutman notes that many of the ingredients added to fracking water are considered “trade secrets.”

“So, one of our policy recommendations is to close the chemical disclosure loophole and require the industry to disclose all of the chemical additives that it uses to the public,” she states.