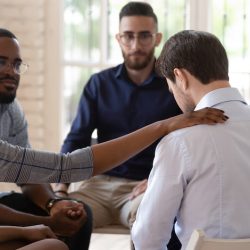 HARRISBURG, Pa. – A federal court ruling in favor of a Philadelphia “safe consumption” site is being hailed as a major victory in the fight against the opioid overdose epidemic.

The district court ruled Wednesday that Safehouse, a proposed site in Philadelphia where drugs could be used under supervision and with access to addiction services, wouldn’t violate a federal law known as the “crack house” statute.

There are dozens of safe consumption sites in several other countries, but none in the United States. Ezekiel Edwards, director of the American Civil Liberties Union’s Criminal Law Reform Project, calls the ruling an important decision in the efforts to deal with drug abuse.

“It’s certainly a significant step forward, and a victory for a public-health approach to drug addiction and the current opioid crisis that we’re in,” says Edwards.

The government said Safehouse would violate a provision of the Controlled Substances Act outlawing the maintenance of spaces where drug use is enabled and promoted.

But Edwards says the judge in this case recognized that the so-called “crack house” statute wasn’t intended to apply to a supervised, safe consumption site.

“Safehouse is a place that is being made available for the purposes of reducing the harm of drug use, administering medical care, encouraging drug treatment and connecting people with social services,” says Edwards.

Safehouse argued that because the purpose of the proposed operation is to reduce drug use, not facilitate it, it isn’t prohibited by the federal law, and the judge agreed.

Edwards notes the government is likely to appeal the ruling, so the fight isn’t over. But it has the potential to set a precedent that could be beneficial across the country.

“If this ruling stands, it will certainly embolden – and I think, enable – other states and localities to build and fund safe houses and safe consumption sites,” says Edwards.

He also believes the federal government should be using its resources to save lives by increasing access to safe consumption sites, instead of trying to prevent them.