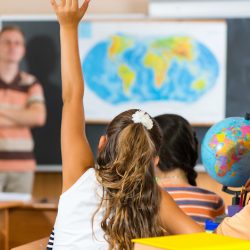 Under pending legislation, classroom observations would count for 70% of a teacher’s evaluation in public schools in the Commonwealth.

HARRISBURG, Pa. – Classroom observations could soon play a much bigger role in the way Pennsylvania’s public-school teachers’ performance is evaluated.

Under legislation now in the General Assembly, classroom observations and practice would account for 70% of teacher evaluations, while standardized test scores will be given much less weight.

According to Rich Askey, president of the Pennsylvania State Education Association, a “challenge multiplier” would be included to factor in the effects of poverty on student achievement.

“Reducing the weight of the standardized test and putting in the challenge multiplier gives a much better view of how the teacher is performing,” Askey said.

He predicts that focusing more on classroom observation will encourage educators to collaborate and develop new approaches to their lessons.

“A teacher could be doing great things in that classroom, but then that school rating pulls them down, and they just cannot get up to a ‘distinguished’ rating,” he said.

He added that right now, it’s very difficult for teachers in impoverished school districts to get a ‘distinguished’ rating. He believes reforming the teacher-evaluation system also will help improve teacher retention, especially in poor and urban school districts.

“They’re not as willing to go into those districts, because their evaluation just isn’t fair and doesn’t look at all the circumstances surrounding them,” Askey explained. “So, I see teachers sticking around longer, new teachers getting the help that they need, and general classroom practices improving.”

On Monday, the House Education Committee held a public hearing on the legislation, Senate Bill 751 and House Bill 1607.