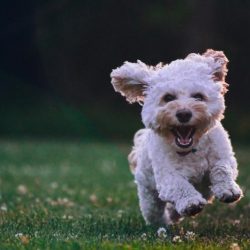 Unfortunately, there are thousands of adoption centers for homeless animals across the United States. Strays, abused animals, and unwanted pets make up this dense population. A problem with animal shelters is the overload of animals coming in, and not enough receiving new homes. Even with commercials, advertisements, and word of mouth, there is simply not enough adoption. A common issue is due to finances. Families who may want a companion cannot afford to pay the fee to adopt.

According to Michelle N. Lynch, author and reporter for the Reading Eagle, “The Humane Society of Berks County and its sister shelter, the Humane League of Lancaster County, are looking to ‘clear the shelters’”. An event was held Oct. 25th – 27th to help fulfill this goal. Lynch states, “During the event, dubbed Clear the Shelters, fees will be waived for adoptions of animals of any age”. This was the case. Every animal that was taken home was free of charge. According to Lynch, the dogs had to leave with a leash and collar while cats had to be taken in a carrier. Needless to say, the whole process of adopting was the same, despite the fee change. This was the ultimate goal, however.

The fee-free incentive is not the only great part that this event gave. According to Lynch, “All adopted animals will be spayed/neutered and will receive vaccinations, microchips, a small supply of pet food and a 30-day health supplement”. For the families who cannot afford these extra expenses that come with a dog or cat, the shelter covered all of it. For those worrying about the animals not adopted, there is no need to worry. Those animals were moved to the Lancaster County shelter and are up for adoption as we speak, Lynch informs.

Berks County has held many events this year to help the community and overall increase the likeness of the area. Whether it be for the people, the workforce, and even the homeless animals, there is always something being done to assist.  This goes to show that Berks County is doing amazing things for the community and its animals. Lynch quotes from Leann Quire, director of shelter operations, that “This free adoption event provides families with the ability to welcome a new furry friend into their homes without needing to pay the standard adoption fee”. The adoption set a goal and succeeded.