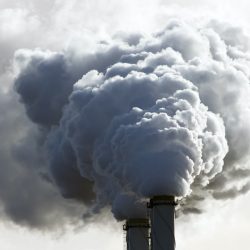 In 1975, 14 excess deaths were attributed to pollution during a weather inversion in Allegheny County.

PITTSBURGH — Allegheny County was once again among the five worst counties in the country for air quality over the Christmas holidays, and area residents are demanding action.

From Dec. 21 to 26, a weather system trapped pollution over the region, forcing people to breathe some of the worst air in the country.

And it wasn’t the first time. Violations of air quality standards frequently make the county out of compliance with the federal Clean Air Act.

According to Matthew Mehalik, executive director of the Breathe Project, poor air quality is a chronic problem that has plagued Allegheny County for decades.

“We have large, industrial facilities that leak because they’re old and not well maintained and result in emissions occurring all the time,” he states.

“It emits hydrogen sulfide, it emits sulfur dioxide, and it is one of the main reasons why our county is not in compliance with the Clean Air Act and hasn’t been,” Mehalik points out.

In June of 2018, the county’s Health Department said it would move forward with new coke-oven regulations, but they have not yet gone into effect.

Mehalik notes that there is an additional step the Health Department could take when it knows that conditions for bad pollution are ahead.

“They could call up the Clairton Coke Works and have them go on modified production so that the emission levels decrease when they see a weather forecast of inversions coming down the pike,” he explains.

On Friday, the Health Department said it would take up new coke-oven regulations and explore instituting a weather-related response plan.