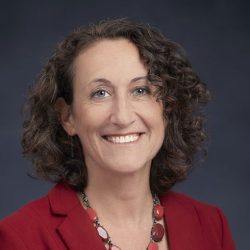 The Berks Women’s History Alliance has announced the keynote speaker for the nonpartisan Berks Suffrage 2020 Centennial Dinner will be Secretary for the Commonwealth of Pennsylvania, Kathy Boockvar. The dinner will be held on Women’s Equality Day, August 26, 2020 at the Doubletree by Hilton in Reading, PA.

Kathy Boockvar was appointed Acting Secretary of the Commonwealth on January 5, 2019 and confirmed by the Senate on November 19, 2019. In this role, Boockvar leads the Pennsylvania Department of State.

“Secretary Boockvar’s extensive experience in election oversight and administration makes her uniquely qualified to keynote our Berks County celebration of the 100th anniversary of women achieving the right to vote in America,” said Pennsylvania State Senator Judy Schwank, a founding member of the Berks Women’s History Alliance and member of the Pennsylvania Commission for Women. “We are very fortunate to have her as part of our special event.”

Boockvar is an attorney with an extensive background in public interest law and policy and election administration. Most recently, she served as senior adviser to the governor on election modernization, leading and managing initiatives to improve security and technology in Pennsylvania’s elections and voting systems, in collaboration with federal, state, and county officials.

For many years, Boockvar worked as a poll worker and as a voting-rights attorney, gaining extensive knowledge of and experience with state and federal election laws and regulations, as well as local and county-level practices and procedures in Pennsylvania.

Boockvar is a graduate of the University of Pennsylvania (B.A. 1990) and the American University, Washington College of Law (J.D. 1993). She received a Performance Leadership Certificate from Cornell University in 2014, and is a member of the Bar of the U.S. Supreme Court, Third Circuit Court of Appeals, U.S. District Courts, and Pennsylvania, New York, and Washington, D.C. courts.

In August 2019, Boockvar was appointed to serve as the Elections Committee Co-Chair for the National Association of Secretaries of State (NASS), working with her co-chair and Secretaries of State across the country to share best practices and provide the most secure and accessible elections to all eligible voters.

“As we look down the long lens of history and celebrate this historic milestone, we bring into clear focus the profoundly American right of each citizen to participate in our democratic process,” said Penny Guido, one of the leaders of the Berks Women’s History Alliance. “This 100 year anniversary of the passage of the 19th Amendment to win women the vote reaffirms for all of us not just the right to vote but the privilege and obligation of voting.”

The nonpartisan celebration also will feature  Berks Women’s History Alliance member exhibits and theatrical portrayals of key historical figures in the suffrage movement. Tickets to the August 26 dinner and celebration will be available in March.