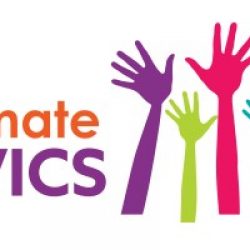 Ultimate Civics instructional videos are now part of the Activating My Democracy civics curriculum available for middle and high school students. Produced at the BCTV studio in 2019, The Ultimate Civics videos supplement  a class curriculum in order to highlight effective methods of active civic engagement at the intersection of race, gender, class, the environment, and power. This material provides foundational civics instruction to support the intergenerational work necessary to achieve equality, equity, and justice – a sustainable future and a healthy democracy.

The videos also serve as a refresher for all ages in understanding the underlying power dynamic that drives our democracy and society throughout our 230-year democracy journey. The Ultimate Civics curriculum explores how to:

(3) Understand rights, privileges, and the balance of power;

(4) Trace the historic roots of the democracy crisis in current events;

(5) Amend the U.S. Constitution to protect human rights; and

(6) Exercise our rights to defend what we love.

Dr. Riki Ott witnessed first-hand the ecological destruction and social chaos from the Exxon Valdez oil spill in Prince William Sound, Alaska––and became an “accidental activist” in its wake. A trained marine toxicologist and former commercial fisher woman, she has written two books on oil spill impacts to ecosystems, people, and communities and starred in Black Wave, an award-winning feature film. In 2009, Ott co-founded Ultimate Civics, a project of Earth Island Institute, and the national grassroots coalition MoveToAmend.org. In May 2010, Ott brought her expertise to the Gulf of Mexico, volunteering for one year to expose a public health crisis of chemical illness and to help with local community organizing. For her work in the Gulf, Huffington Post named Ott a 2010 Game Changer. On the one-year memorial of the BP disaster in 2011, she co-hosted a national webcast teach-in, Changing the Endgame, to expose the high costs of America’s fossil fuel dependency––and show how communities are reducing their carbon footprint. Ott advocates ending corporate rule and creating sustainable communities. She lectures nationally and internationally, inspiring students from fifth grade through universities and adults to take action and showing by example how one person can make a difference.

How much do you know about the U.S. government? Take the Ultimate Civics quiz and test your civics IQ!

The Ultimate Civics lessons will also air on BCTV, check local listings for dates and times.