By The Federal Trade Commission 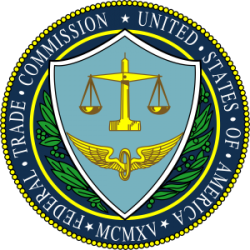 Approximately $153 million is being mailed to 109,000 consumers in the first distribution of refunds resulting from the law enforcement actions brought against Western Union by the Federal Trade Commission (FTC), the U.S. Department of Justice (DOJ), and the U.S. Postal Inspection Service. The affected consumers are receiving compensation for 100 percent of their losses.

“Western Union turned a blind eye to the fraudulent payments made through its money transfer system,” said Andrew Smith, Director of the FTC’s Bureau of Consumer Protection. “We’re glad to be returning money to those consumers who were ripped off by fraudsters exploiting the Western Union system, and we will not tolerate Western Union or other payment companies facilitating fraud.”

“The $153 million distribution announced today brings some measure of justice for the elderly and other victims who were financially harmed by the fraudulent schemes in this case,” said Assistant Attorney General Brian A. Benczkowski of the Justice Department’s Criminal Division. “The Department remains resolute in its efforts to not only prevent fraud from occurring in the first place, but also to find and return ill-gotten gains.”

“Money Transfer Businesses such as Western Union are particularly susceptible to misuse by scammers,” said U.S. Attorney David J. Freed for the Middle District of Pennsylvania. “In nearly every case of this nature that we have encountered in the Middle District of Pennsylvania, money transfer businesses are used to facilitate the crimes. Working together with MLARS and the skilled and dedicated investigators of the Postal Inspection Service, we have achieved outstanding results – bringing fraudsters to justice and holding businesses such as Western Union accountable. In addition to increased fraud detection and protections, an integral part of that accountability involves Western Union making victims whole. $153 Million is a good start.”

“The losses and the number of victims in this case are staggering. This initial disbursement will provide relief to more than 100,000 individuals, who lost $153 million,” said Assistant Postal Inspector in Charge John Walker of the U.S. Postal Inspection Service’s Philadelphia Division. “Some lost their life’s savings as a result of these scammers. Postal Inspectors continue to be out front when it comes to investigating these con men and in protecting American citizens from them. Today, we are happy to play a third role—returning money to those who were scammed. Delivering justice, and in this case, delivering restitution.”

The company’s settlement with the FTC required Western Union to pay $586 million in monetary relief. That money was paid to DOJ in connection with Western Union’s joint settlement with that agency. DOJ’s Money Laundering and Asset Recovery Section is administering the consumer refund program. This distribution is the first of multiple payments over the coming months to consumers who lost money due to Western Union’s actions.

The FTC’s new interactive dashboards for refund data provide a state-by-state breakdown of refunds, as well as refund programs from other FTC cases. In 2019, FTC actions led to more than $232 million in refunds to consumers across the country.