Advocates: All Kids Need to Be Counted 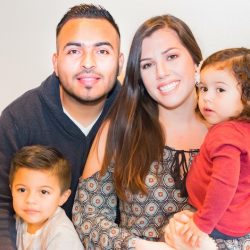 Wednesday is Census Day, and despite the coronavirus pandemic, the U.S. Census is still happening. But children’s advocates fear kids will be undercounted.

The census is based on where you and your entire family live on April 1. In 2010, the census missed more than 25,000 Pennsylvania children. That meant a loss of nearly $44 million in federal funding for the state.

Children of color are most likely to be undercounted. And this year, there is a particular concern among immigrants that participating in the census could put them at risk. But Deborah Stein, network director at Partnership for America’s Children, pointed out the census mandate is to count everyone living in the United States, and it does not pose a threat to those who are undocumented.

“You don’t have to identify people’s citizenship or immigration status,” Stein said. “But we are still very concerned that we’ll miss a lot of immigrant children.”

She added that information on individuals gathered by the census cannot be released for 72 years, and there are stiff penalties for violation of that privacy protection.

Will Gonzalez is executive director of the Philadelphia-based nonprofit Ceiba. His group has been doing census outreach in the immigrant community for a year, answering questions and addressing fears.

“When you engage in those discussions with immigrants, they understand it and they recognize the value for the community and their children,” Gonzalez said.

He said he believes many immigrants welcome the opportunity to participate in the census because it promotes a sense of belonging and an affirmation that this is home.

In a recent survey, 10% of families making less than $50,000 a year said they would not count their infants, toddlers or preschoolers. Stein emphasized that all funding for schools and other vital services depends on getting a complete count.

“Make sure you count everybody from birth on in your household, whether you’re related to them or not,” Stein said, “because the consequences of missing a child lasts a decade and that’s most of their childhood.”

To ensure a complete count, the Census Bureau has extended the period for self-response to the census questionnaire – by phone, mail or online – to August 14.

More information is available at CountAllKids.org.