Concerts on the Lawn of the Stirling 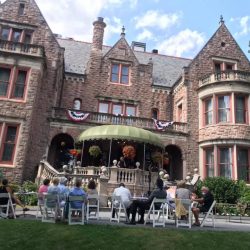 The Gables at the Stirling Guest Hotel is committed to making a difference by providing outstanding service, care and opportunities to marginalized communities as well as providing a platform to inspire, educate, influence and be a proactive contributor to these communities. 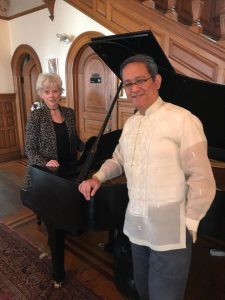 With the altruistic spirit of the current owners and the tradition of the Sternbergh’s passion for the Arts we are opening our doors to young talent and seasoned professionals. The Stirling will once again be infused with the essence and spirit of artistic exchange.

Main Act:  “Magdaliz and Her Latin

A Tribute to Erwin Chandler

Go to the Stirling Facebook Page and purchase your $5.00 admission ticket prior to the show.  If you are interested in ordering any food from our kitchen you can select those options online. You are welcome to bring your chairs, blankets, beverages and snacks.  Parking is available on our lawn.

Any questions contact us via email at: [email protected] 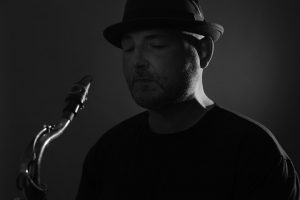 Saxophonist Jerry Laboranti has been described as a “young voice on saxophone with an old soul”.

Jerry pursued formal musical training at the University of the Arts in Philadelphia. In addition to his studies, he’s had the opportunity to perform and/or record with Larry Coryell, Robin Eubanks, Charles Famgrough, Jimmy Bruno, Gerald Veasley, and several other fantastic Philadelphia musicians. Being a versatile saxophonist comfortable in many musical styles has also allowed Jerry to perform with many musicians, playing Jazz, Pop, Latin, and RnB. Some notable musicians. A supporter and advocate of music in the schools, Jerry works full-time as a music director for the Wilson School District in Berks County and as a senior adjunct professor of saxophone at Franklin and Marshall College in Lancaster, Pennsylvania. 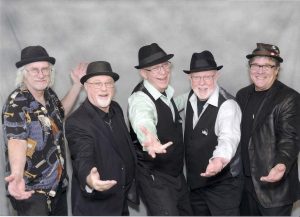 The Rockman Blues Band plays a variety of blues, rock, and New Orleans-style roots music, including originals by Jeff Roeckle—lead singer and guitarist, and covers by an array of artists including Tom Waits, Credence Clearwater Revival, Chuck Berry, Muddy Waters, B.B. King, Van Morrison, and Ray Charles. The band also dresses in authentic Mummers costumes and marches as a string band for special events.   Frequently performing at clubs, restaurants, private parties, weddings, festivals, and special events in the Southeastern PA area, Rockman’s regular venues are the Canal Street Restaurant and Pub in Reading on the 2nd Friday of every month, and the Chef Alan’s Restaurant in West Reading, where their followers and friends gather to enjoy dancing and partying.

The Reading, PA based band has been together 11 years and consists of Jeff Roeckle— vocals, guitar, and harmonica; Jim Ingraham—bass; Tom Montgomery—keyboard and accordion; Henry Patterson—drums and backup vocals; and Mike Fleming—alto and tenor sax.  Their CD of original songs “Lucky 13,” released in January 2017, was written and produced by Jeff Roeckle with technical assistance by Jim Ingraham. The CD is an eclectic mix of styles, themes, and effects, influenced by Tom Waits, and inspired by many of Jeff’s friends, acquaintances, and experiences living and working as a musician in Philadelphia and Reading.   For information and booking, contact Jeff Roeckle at (610) 372-7268, and view the Rockman Blues Band Facebook page for pictures and upcoming events. 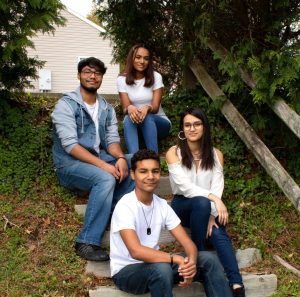 Rio de Pensamientos was brought together by the members’ love of music in the culturally diverse streets of Reading, Pa. They’ve all had a long-standing relationship with music from a young age where they found themselves involved in their schools and church’s music activities. This included choirs, school plays and vocal groups which resulted in collaboration between singer, Idalmi Rivera and singer/instrumentalist, David Cedeño.

They began performing together through the non-profit, Barrio Alegria, where they created the melody to the community song, Narrador de Cuentos. They further developed the song and recorded this song with singer, Ivelisse Cedeño, instrumentalist, Ezequiel Cedeño and many other community members through Pagoda City Records. With a mutual goal to seek and explore the many roads music can take them, the Cedeños and Rivera came together to breathe life to Río de Pensamientos. With this, they have focused on creating their own music while also performing covers based off of themes that they choose, such as “Love through the ages”

Magdaliz and Her Latin Ensemble Crisol 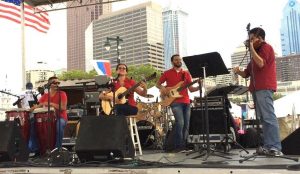 Magdaliz and Her Latin Ensemble CRISOL, Spanish for melting pot, is an ensemble that has been performing in the Philadelphia and surrounding areas since the Fall of 1997. This group is dedicated to the interpretation of a variety of folk and traditional music genres from Cuba, Mexico, Puerto Rico, Colombia, Venezuela, and other parts of Latin America and the Caribbean. 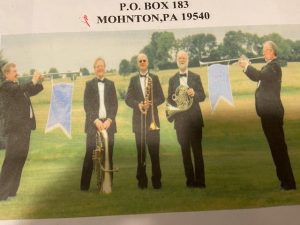 Berkshire Brass-Berkshire Brass was formed back in 1989 by members of the Reading Symphony Orchestra. The current members: Paul Breidenstine and Jim Spangler on Trumpet, Gary Mischler on Trombone, and Charles Ebersole on Tuba, have been together for about 20 years. The original music library came from the disbanded Reading Brass Quintet and now includes more than 400 arrangements. All of the members are also local freelance musicians who perform all over the southeastern part of the state and beyond. Over the years the group has performed as soloist group with the Reading Symphony Orchestra, The Reading Pops Orchestra and for local and national politicians.