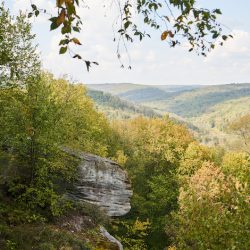 WARREN, Pa.  Wilderness areas are under threat across the United States, but now advocates of preserving open space are hoping to raise awareness of a Pennsylvania native who made protecting wilderness a national priority.

Born in Franklin in 1906, Howard Zahniser worked tirelessly to protect American wilderness. He served as an officer of The Wilderness Society for 19 years and was the principal author of the Wilderness Act, landmark legislation signed into law in 1964.

Johnson said he wants to see Zahniser included in the proposed National Garden of American Heroes, slated to open in 2026.

Johnson said every president since 1964 has signed wilderness legislation into law, including two wilderness areas in Pennsylvania, designated by President Ronald Reagan in 1984.

Some of the Allegheny National Forest also is part of a national network of designated roadless areas that don’t yet have the full protection of the Wilderness Act.

Johnson said his organization is following in Zahniser’s footsteps with an ongoing campaign to preserve that area.

“The Friends of Allegheny Wilderness have proposed that more than 50,000 additional acres of the Allegheny National Forest be permanently protected from all forms of development, under Howard Zahniser’s Wilderness Act,” he said.

As the U.S. population continues to grow, Johnson said, the demand for and protection of untrammeled American wilderness will take on even greater significance.