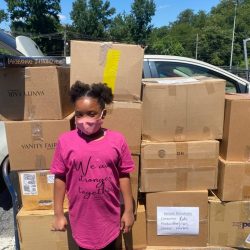 Setting her heart and inspiration into motion, Nyla Harris, age 8, took it upon herself to create and organize a project called ‘Nyla’s World of Giving’ this summer with the hope of helping area families in need.

This week, she received a large donation from VF Outlet for her cause, which includes collecting clothing and necessities for various Berks non-profits.

The VF Donation was donated to Mary’s Shelter. Nyla has also donated to Opportunity House (2nd Street Shelter) and the Opp Shop. She also plans to donate future items to Safe Berks and the YMCA. 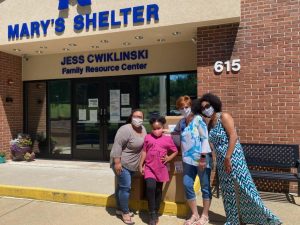 Nyla started the organization this summer after realizing how the pandemic had impacted local families and organizations, and she wanted a way to give back. She is a mini-fashionista who loves Jojo Siwa and dreams of becoming a clothing designer, so she immediately thought about collecting clothing items for those in need.

Nyla lives in Muhlenberg and is a rising 3rd grader at Muhlenberg Elementary Center. 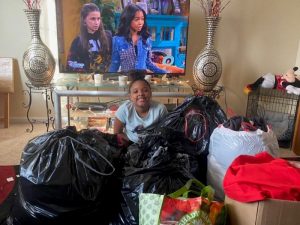