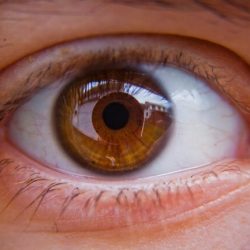 HARRISBURG, Pa. – In the near future, immigrants applying for a green card, visa or work authorization could have to submit to iris scans, voiceprints and even DNA collection under a plan expected to be released this week by the Department of Homeland Security (DHS).

This is in addition to the fingerprints already collected.

Andrea Flores, deputy director of immigration policy for the American Civil Liberties Union, said the plan is overbroad and unnecessary.

“How are they storing this data?” Flores asked. “Why do they need this data? They already collect biometric information like fingerprints; why are they collecting DNA? That seems incredibly invasive.”

American citizens also may have to undergo the scans if they sponsor a family member to come here.

The Trump administration already has begun collecting DNA swabs from migrants at the border.

Flores said this is part of a larger effort to use extreme vetting to make life difficult for the millions of people who go through the immigration system each year.

“They’re making it very costly and personally invasive for them to go through the immigration process,” Flores said. “So they’re really just trying to create new barriers for immigrants.”

Civil-rights advocates are urging Congress to demand answers on how long the data will be kept and whether it will be shared with law-enforcement agencies aside from ICE and the Border Patrol.