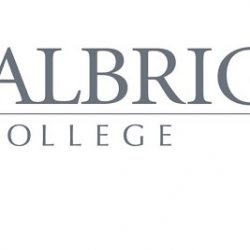 Reading, PA – Jon Bekken, Ph.D., professor of communications at Albright College, is one of eight scholars being recognized for research writing excellence by the national American Journalism Historians Association (AJHA), this fall.

His winning paper is titled “Relations of Production at The Chicago Defender: Union-Busting, Contingent Labor & Consolidation in the Black Press.”

Drawing on the papers of the Typographical and Newspaper Guild unions — as well as the Chicago Defender and its publishers — Bekken’s piece explores six decades of labor relations at what was once, arguably, the premiere Black newspaper in the country.

“While proclaiming itself an advocate for Black workers, [the Chicago Defender] repeatedly fired production and later editorial and business employees who unionized and demanded unconditional loyalty from its staff,” explained Bekken. “Conditions, however, were such that the replacement workers also soon unionized, first in independent associations, and when those proved insufficient to address their concerns, with national unions, the typographers and the guild, as other printing production unions would not admit Blacks to membership.”

The J. William Snorgrass Award is named in memory of Joseph William Snorgrass, AJHA’s second president and a former professor at Florida A&M University. Focusing his research on Blacks and media, Snorgrass compiled an annotated bibliography, published by the University Presses of Florida in 1985.

The American Journalism Historians Association seeks to advance education and research in mass communication history. Members work to raise historical standards and ensure that all scholars and students recognize the vast importance of media history and apply this knowledge to the advancement of society.