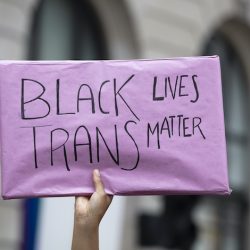 HARRISBURG, Pa. – An independent think tank has released a list of ten actions it says the incoming Biden administration could take to support equal rights and protections for the Lesbian, Gay, Bisexual and Transgender community.

From the ban on transgender people serving in the military to administration support for religious exemptions to anti-discrimination laws, many LGBTQ Americans feel they’ve been under attack for the past four years.

But according to Naomi Goldberg, policy director at the Movement Advancement Project or MAP, President-elect Joe Biden can begin restoring protections immediately after he takes office.

“We could see actions at the agency level for housing and health care, and education and the Department of Labor,” said Goldberg, “to make sure that legal protections for LGBTQ people are in place and that the federal government will enforce them.”

MAP also has a list of legislative priorities, beginning with an update to civil rights laws that prohibit discrimination based on a person’s sex, sexual orientation and gender identity.

Goldberg pointed out the Equality Act was first introduced in Congress in March of last year – and has languished since then.

“It passed in the House,” said Goldberg. “It’s been waiting to be considered by the Senate and so, if the Georgia election were to tip the balance of the Senate, that is a place where we could see movement.”

Other pending legislation include bills to prohibit discrimination in the child welfare system, and building a diplomatic framework to protect LGBTQ people worldwide.

Goldberg urged anyone who’s been actively engaged in the political process to continue their efforts to protect equal rights – not only at the federal level, but at state and local levels as well.

“The states are often places where progress is happening, even when Congress refuses to act,” said Goldberg. “So, I think there’s lots of places to plug in and make sure that we’re advocating on behalf of the most vulnerable in our communities.”

The group’s complete list of administrative and legislative priorities is online at ‘lgbtmap.org.’