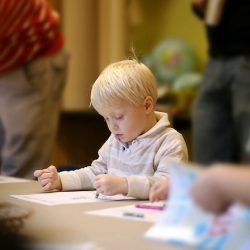 The governor’s proposal would raise Basic Ed funding by more than $1.3 billion and distribute it through the state’s fair funding formula, to help school districts with the greatest needs.

“We really commend the governor for his ongoing commitment to public education,” Lilienthal stated. “PSEA strongly believes that there’s nothing more important than investing in our schools and our students, and Governor Wolf has been a leader on that issue.”

Wolf is also proposing $23 million for Pre-K Counts and $5 million for the Head Start Supplemental Program, which would allow more than 3,000 additional children to enroll in high-quality early education programs.

Lilienthal concurred those programs pay off down the line.

“Children who have access to these opportunities are going to have greater success in kindergarten, first grade, second grade, third grade,” Lilienthal outlined. “These students are more likely to graduate high school. And they’re even more likely to earn higher salaries as an adult.”

He called funding for early education an investment in the future of the Commonwealth.

Lilienthal pointed out some districts already pay their teachers that much, but many others pay far less.

“The result of that is that we have thousands of hard-working educators who are taking on second jobs, third jobs, and they still are struggling to raise a small family and make ends meet,” Lilienthal contended.

He added the increase would help address a growing teacher shortage, encourage more college students to go into education and help retain those that go into teaching.