Exposure to Pollution Has Long-Term Effect on Multiple Generations 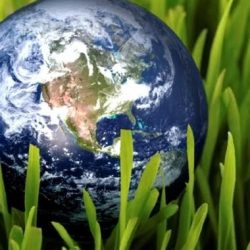 When severe forest fires last year blanketed Oregon and California with a thick layer of smoke, the high concentrations of fine particulate matter spewed into the air created one of the worst air pollution events in recent history.

A large body of research has documented that breathing in these fine particulates has severe negative health impacts, leading to cardiovascular disease and respiratory illness, and, in some cases, death.

Exposure to fine particulates has also been linked to lower educational attainment and reduced earnings.

Now new research by the U.S. Census Bureau suggests that exposure to fine particulates not only harms those directly exposed but may also indirectly impact the economic health of their children and grandchildren.

In a recent U.S. Census Bureau working paper co-authored with Jonathan Colmer, an assistant professor at the University of Virginia, we explore the long-term and even the multigenerational, effects of pollution.

Our findings: Pollution affects not only individuals exposed directly and those exposed while in the womb (“first generation”) but also the “second generation” or children of those directly exposed.

In other words, if a woman is exposed to pollution while pregnant, it may affect both the child she’s carrying and her grandchildren.

For example, according to the findings, children whose parents were exposed to less air pollution were more likely to attend college as adults and, consequently, have higher expected earnings.

To examine this, we first identified hundreds of millions of links between parents and children in the 2000 and 2010 decennial censuses. We then used the American Community Survey to measure whether the children later attended college and administrative records to identify where the parents were born.

By combining these stats with measures of outdoor air quality from the Environmental Protection Agency, we were able to measure exposure to particulate matter when parents (the first generation) were in the womb.

To examine what drives the effects of pollution exposure across generations, we first compared adopted second-generation individuals to biological children in the second generation.

We found no substantial differences, suggesting that the intergenerational effects of pollution exposure do not work through a biological channel.

But we did find that how much parents earn and invest in their children has an impact. When the first generation was exposed to less pollution, they tended to have higher earnings and spend more time on child-enrichment activities, suggesting that the effect on the next generation is driven by these parental investments.

This research is especially important in light of several other recent papers that have shown there are substantial disparities in pollution exposure across different demographic groups.

A Census working paper from 2020 shows that African Americans were exposed to higher levels of particulate matter than Whites, although this gap has narrowed in the last two decades.

Together, these results suggest that disparities in exposure to environmental hazards may be an important driver of differences in economic opportunity. Poor people are exposed to more pollution but pollution also harms the economic well-being of poor people and their children.

Connecting the Dots with Census Data

Census Bureau data is invaluable in the study of the connections between the environment, population and the economy.

To facilitate the use of this data, researchers in the Center for Economic Studies formed the Environment, Natural disasters and Energy Research Group (ENERG). The group works to foster new innovative research and disseminate environmental insights produced from Census data with a goal of developing new public-use data products.

The research and statistics show how the environment — air and water pollution, a changing climate, and increasingly damaging natural disasters — affects America’s people and businesses.

An important part of this research is to understand how these effects interact with issues of environmental justice and the disproportionate environmental burden on disadvantaged communities. Answering these questions offers an exciting new opportunity for the Census Bureau.

John Voorheis is an economist in the U.S. Census Bureau’s Center for Economic Studies.