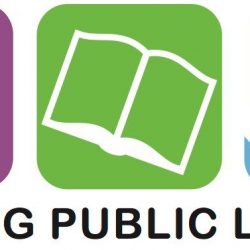 On Monday, March 15, the Board of Trustees of Reading Public Library accepted with deep regret the resignation of the library’s Executive Director, Bronwen Gamble.  Ms. Gamble’s retirement resignation will become effective December 17, 2021.

Ms. Gamble, named Executive Director in October of 2016, is the first female director in the library’s history.  Her tenure has been marked with significant growth in community partnerships, including the funding of joint initiatives that take library programming and services far beyond the physical walls of RPL’s four branches.  These projects often focus on neighborhoods considered “book deserts” and address our community’s stark literacy inequities. Representative of this expansion of services is the 2018 acquisition of two Mobile Tech Vans which bring internet access and technology training throughout the city, including areas particularly affected by digital divides. During the past five years, Ms. Gamble has overseen major renovations of all three library branches. The Dr. Jerome I. Marcus Learning and Meeting Commons was constructed at Main library in 2019, a project that matched private generosity with imagination and ingenuity to create a much needed community resource.

Evidence of Ms. Gamble’s talented leadership is the National Medal for Museum and Library Service, presented to Reading Public Library in June of 2018. Reading Public Library is one of ten institutions honored that year by the Institute of Museum and Library Services in recognition of the many ways that libraries and museums positively transform communities.

During her term as Executive Director, Ms. Gamble has assumed several leadership positions in the Pennsylvania Library Association including serving as the 2020 chair of the Public Library Division.  Locally, she has championed increased access to library services including the institution of an e-library card, reducing fines, and the expansion of digital media resources.

A search committee has been appointed, headed by James Shankweiler, professor of business at Pennsylvania University Berks and past member of the library’s Board of Trustees.  The formal search process for Ms. Gamble’s successor will begin shortly.