Beginning July 18, people seeking unemployment must attest that they applied for two jobs and completed a “work search activity” the week prior. 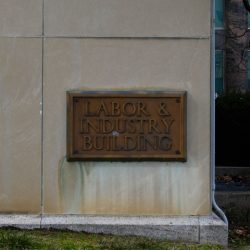 HARRISBURG — Unemployed Pennsylvanians and their advocates are bracing for the return of work-search requirements, fearing the overburdened system is not yet equipped to handle another change.

Beginning July 18, people seeking unemployment must attest that they applied for two jobs and completed a “work search activity,” like attending a job fair or posting a resume on a recruiting site, the week prior. The requirement will also apply to those in the federal Pandemic Unemployment Assistance program, which expanded benefit eligibility to business owners, freelancers, and independent contractors.

For unemployed Pennsylvanians, the requirement could create more hurdles to navigate a system riddled with inefficiencies that has left some without benefits for weeks or months. Advocates fear that some unemployed residents don’t know about impending change, leaving them vulnerable to being denied assistance.

“Adding in yet another piece of the puzzle for [the Department of Labor and Industry] to monitor and measure seems like it is going to inject more delay, more bureaucratic red tape into a process that is already overwhelmed,” said Melissa Evans, attorney at Neighborhood Legal Services in Pittsburgh.

“The people that are most affected by this are the people who are living at or below the poverty line.”

Unemployment in Pennsylvania was 6.9% in May, according to the most recent estimate, down from a peak of over 15% in April 2020. The American economy added over half a million jobs in May, but thousands of positions in Pennsylvania remain unfilled. Dozens of county chambers of commerce signed a letter to the state legislature in May urging officials to reinstate the work-search requirement.

Alex Halper, director of government affairs at the Pennsylvania Chamber of Business and Industry, said that while unemployment is a “critical safety net” for people out of work, it makes sense to ensure people are searching for work while receiving those benefits.

“Employers are absolutely in the midst of a workforce crisis,” Halper said. “Addressing it will require really a multi-faceted approach, and no single policy is going to completely solve it.”

But the rocky rollout of Pennsylvania’s new unemployment system and fears of insufficient outreach about the change are fueling concerns. Instead of pushing more people to apply for unfilled jobs, some experts think the requirement may only serve to create an additional roadblock for struggling unemployed Pennsylvanians.

Julia Simon-Mishel, an attorney specializing in unemployment compensation at Philadelphia Legal Assistance, said that most of her clients are already searching for work — and the reinstated requirement won’t force them to do anything they weren’t already doing.

Her clients worry the change could make it harder to navigate the system, resulting in a delay in receiving benefits.

“We are still hearing daily from people who can’t figure out something with the [unemployment] system,” Simon-Mishel said. “If they have a payment that looks like it didn’t come when it was supposed to, it’s a day late, they are having a panic attack because they are so anxious about having this money cut off.”

The Department of Labor and Industry rolled out a new unemployment claims system in early June that has been marred with problems for claimants who ran into numerous glitches.

Laura Aboud, an instructional designer from Philadelphia, lost her job in December 2019, just months before the pandemic hit. She picked up part-time work during the pandemic but filed for unemployment some weeks to supplement the lost income from her full-time job.

Aboud said she faced roadblocks receiving her benefits — on Friday morning, she received money from claims that date back a month and was finally able to pay back money she borrowed for her expenses. She fears the new system hasn’t been adequately tested, potentially leading to problems rolling out the work-search requirement.

Though Aboud just landed a nine-month contract job, ongoing troubles with the system pose a challenge for the thousands of Pennsylvania workers still facing unemployment.

Some in that group might not even realize the requirement is returning, said Deborah Steeves, an attorney at Legal Aid of Southeastern PA.

Sarah DeSantis, spokesperson for the Department of Labor and Industry, said in a statement that the agency has been raising awareness via direct messages to claimants, social media, and online outreach. Legal Aid of Southeastern PA has been trying to get the word out, too, through workshops, social media, and information on its website.

But often, when Steeves mentions the reinstated requirement to a client, it’s news to them. She said many are not working because they’re caring for children while school is out, complicating their work search. Finding a job might mean securing accessible and affordable child care, which isn’t an easy feat.

Some people seeking unemployment are exempt from the work-search requirement, but those with child-care obligations are not listed in an FAQ published by the department.

“I’m afraid that [unemployed] people are just not well-equipped at this particular time,” Steeves said.

Evans, of Neighborhood Legal Services, estimates that around 85% of her clients have not received unemployment benefits that they have filed for. While that proportion likely doesn’t represent Pennsylvania’s total unemployed population, she says the number points to the scope of the problem within the system. She thinks that adding the work-search requirement back in might be “premature” while so many are still unable to receive their benefits.

“I have lots of clients who are six, seven months out from a date of termination, who are still waiting for a notice of termination as to whether or not they will be receiving unemployment compensation benefits,” Evans said.

Extended federal benefits made business owners and self-employed Pennsylvanians eligible for unemployment, but they’ll be subject to the same work-search requirements as other claimants, potentially forcing those workers to apply for jobs outside of their field.

“How does a business owner apply for two jobs?” Steeves said. “Are they really thinking they need to put in an application for McDonald’s?”