Stephen Selected as Double-A Player of the Week 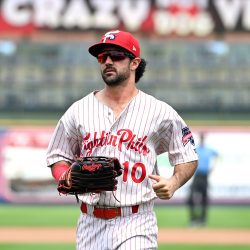 The Reading Fightin Phils are excited to announce that outfielder Josh Stephen was selected as the Double-A Northeast Player of the Week. Stephen was extremely successful at the plate and in the field helping the R-Phils take four games in their series against the Harrisburg Senators.

Stephen went 8-for-16, to record a .500 batting average from July 6-11. Five of the hits were for extra bases as he notched three doubles and two home runs. One of his homers kept the Fightins from being shutout on Wednesday. He had two multi-hit games including Sunday’s three hit night where he was a triple shy of the cycle. Stephen contributed in any way he could also reaching base twice on walks and hitting a sacrifice fly. He batted in five runs, including one pinch-hit double in the bottom of the eighth (extras) that allowed the Fightins to tie it up and go on to win the game. 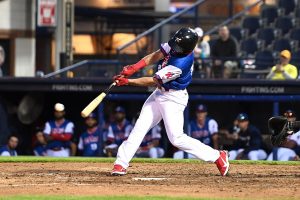 The R-Phils outfielder was a key piece to the puzzle this week, stepping up as Bryson Stott was away at the Futures Game. He batted as the leadoff guy, the second man up, and in the number five hole numerous times.

Stephen played both left and right field and did not record any errors at either position. He recorded nine putouts in the outfield.

Reading congratulates Josh Stephen as the Double-A Northeast Player of the Week! This is the R-Phils second selection of the year as infielder Daniel Brito was named last week.