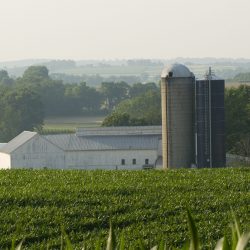 The Revive the CCC Act, introduced last week by Casey, would focus on jobs to mitigate climate change and address racial justice. Unlike the original CCC, the proposal also would include farms as job host sites.

“Having help to install some of these conservation practices means a lot, because we know that the margin for farmers is really tight,” she said, “and so it’s sort of a win-win situation; we’ve got the help on the farms, but then also the ability to pass on this important information.”

This isn’t the first time a revival of the CCC has been suggested in Congress, and some budget pushback is expected. Under this bill, the jobs would pay at least $15 an hour and could create 57,000 jobs in Pennsylvania, according to a study by the University of Massachusetts-Amherst’s Political Economy Research Institute.

A Civilian Conservation Corps also could be helpful in rebuilding an economy hit hard by the pandemic. Pennsylvania’s labor market is short more than 400,000 jobs compared with February 2020 employment numbers.

Stephen Herzenberg, executive director of the Keystone Research Center, said he thinks a new CCC could be a national opportunity for life-sustaining and meaningful jobs.

“These are really important jobs; people would be on the front lines of climate response,” he said. “If we get a CCC, I can guarantee you that you’re going to have members of Congress from both parties that are going to be doing ‘show-and-tells’ in their districts where the good work of the CCC is going on again.”