A basic guide to vetting your local candidates in Pa.’s 2021 school board elections

These races are more contentious than ever, but getting information on candidates and who is funding them is difficult. Use Spotlight PA's step-by-step guide to find the information you need. 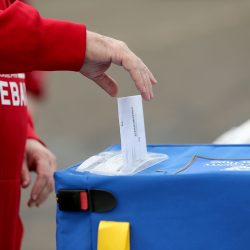 HARRISBURG — School board races across Pennsylvania are receiving an unusually high level of attention this fall because of the extreme views of many candidates.

In Bucks County, a candidate running for Palisades School District said on social media she is a “follower of Q,” a group that started in 2017 promoting conspiracy theories about the Democratic Party and pedophilia, and more recently promoted conspiracies about COVID-19 and the 2020 election. The group has openly stated its goal to get more of its followers elected to local school boards.

In Chester County, a candidate for Downingtown School District has used false and misleading talking points to oppose schools’ COVID-19 safety measures — though he’s not the only one.

And across the state, Back to School PA, a political action committee that seeks to hold elected officials accountable for “unnecessary school closures,” is pouring money into dozens of races. Some candidates endorsed by the PAC say they oppose “critical race theory,” a concept often taught in law schools that studies the ways that racism shapes U.S. policies and institutions. In the past year, the term has become a buzzword for any curriculum or effort that mentions race.

That’s why it’s more important than ever to understand who’s on your local ballot, where they stand on issues, how to spot misinformation, and who’s funding their candidacy. Here are the steps you can take to prepare for Nov. 2.

Find who is on your ballot

To learn who is on the ballot, you should check with your county election office (see a list here). Some counties, such as Montgomery County, publish sample ballots.

BallotReady and the League of Women Voters’ Vote411 initiative also provide sample ballots based on your address, though they don’t always include down-ballot races such as ones for school board.

Use candidates’ names and a search engine to learn more about them. Campaign websites usually provide background on a candidate, list their platform, and detail endorsements they’ve received.

You can also use Facebook’s ad library to explore how candidates or political groups boost their messages across the platform.

News articles can offer you a more in-depth look at a candidate, detail how a community perceives them, and raise any potential red flags about the candidate’s beliefs or affiliations. But it’s important to vet the trustworthiness and accuracy of the news source. To learn how to vet your sources, read this guide to spotting false information by Cornell University, and this guide to analyzing a news source by Melissa Zimdars, a communications professor who researches misinformation.

Following the money will take even more work, but it’s just as important. Under federal and state campaign finance laws, all candidates are required to regularly file paperwork that shows who has given them money and how they spent it. Donations from political committees, organizations, or even individuals can be an indicator of who influences the candidate, and the policies they might support once elected.

All of this information is available to you — in theory.

Platforms such as OpenSecrets allow you to search for donations to federal campaigns. In Pennsylvania, state-level candidates file their campaign finance information with the Department of State, which lists those reports online.

Candidates for local positions have to file financial reports, too, but they only file with the county election office. There’s no central, statewide database for filings, and counties widely vary in how they allow voters to access this information. A few counties, such as Erie County and Allegheny County, post this information online, while others only allow people to view it in person.

If the records you seek are not accessible online, you can contact the county election office. If they’re only accessible in person, you will have to take time out of your day to visit the election office and review the documents.

For school board candidates, the last filing deadline before the election is Oct. 22.

Spotlight PA plans to gather candidates’ campaign finance reports in 10 counties and report on how easy or difficult it was to obtain this information by the end of the month.

Plan to test out what you learned here? Let us know what you find.