A massive probe of Pa.’s largest pension fund is nearly done, but taxpayers may never know the results

Some PSERS staff believe the probe’s findings could be damaging to their reputations. Their lawyers are pushing for the report to be kept private or contain rebuttals. 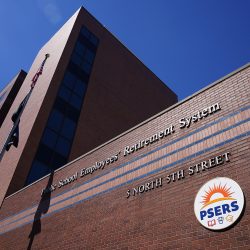 HARRISBURG — After months of work, prolonged silence from pension fund management, and more than $175,000 in legal bills, a law firm has just about completed its investigation into sweeping problems at the $73 billion, taxpayer-supported public pension plan for educators.

Now the PSERS board is debating how much to share with the public, how soon to share it — and how to cope with a pushback from employees subjected to criticism in the investigation.

In a closed-door presentation to a board committee, according to people familiar with the matter, the outside lawyer who led the investigation recently warned that some staff will see the probe’s findings as damaging to their reputations.

Treading carefully, the Womble Bond Dickinson law firm is currently planning to provide the board only with a verbal rundown of its findings and not to produce a written report until weeks later, by the end of the year. The firm was ready to provide the briefing Nov. 18, but the date could be delayed.

Womble partner Claire J. Rauscher told the board last week that the fund’s staff has already demanded to know how they will be treated, both in a report and in any oral briefing, before the findings are made public or are even presented to the board. Out of fairness, Rauscher said, her firm may change its conclusions to reflect objections or, barring that, attach rebuttals statements to any report.

At one point, the sources said, Rauscher cautioned that simple transparency might not always be “the right answer.”

The most outspoken board critic of PSERS management, state Sen. Katie Muth (D., Montgomery), is pushing for public exposure. Muth says there should be a written report — though perhaps only shared with the board — and that a written executive summary could be made public. In a letter to the board last month, Muth said this would “provide accountability,” guarantee that any reforms are firmly grounded in Womble’s findings, and show the public what it got for its money.

So sensitive is the issue of the report’s contents that board members and the Womble lawyer have been talking about it only in general terms. Asked directly at a meeting last week, Rauscher did say her probe had not turned up criminal wrongdoing.

Rauscher could not be reached for comment Tuesday. PSERS also did not reply to a request for comment.

PSERS — the Public School Employees’ Retirement System — hired Womble and a battery of other law firms after its board admitted in March that the fund had botched its crucial official calculation of investment returns. The chastened board adopted a new, lower figure in a reversal that under state law forced the fund to hike payments into the system by 100,000 working teachers and other educators.

Within days of the board’s admission, the U.S. Attorney’s office in Philadelphia subpoenaed at least four PSERS executives at their homes to testify before a grand jury and filed a fifth subpoena with the fund itself. The subpoenas sought documents related to the calculation mistake, as well as about the fund’s purchase of Harrisburg real estate near its headquarters.

In September, the U.S. Securities and Exchange Commission joined the probe of the calculation effort. In a twist, its subpoena also revealed it was looking in part into whether any fund staff received gifts from firms that do business with the system.

The fund has never provided any explanation of the calculation error. PSERS cited both its internal inquiries and the federal probes to deny The Inquirer information about the mistake sought under the state Right-to-Know Law.

In all, the fund has hired at least six law firms to respond to the scandal, with fees hitting $1.6 million and climbing. Among those hired were the big Philadelphia firm of Morgan Lewis and the New York firm of Pillsbury Winthrop Shaw Pittman.

While Morgan Lewis and Pillsbury have been dealing with the federal investigators, Womble undertook a parallel investigation to that of authorities. So far, PSERS has agreed to pay Womble $176,00 under a contract that authorizes up to $367,600 in fees.

While PSERS won’t name the eight staffers who have hired private lawyers at fund expense, Philadelphia lawyer Matthew Haverstick has said he is representing James H. Grossman Jr., the fund’s chief investment officer. So far, the fund has paid $141,000 to Haverstick’s firm, Kleinbard LLC, according to the state treasury. PSERS won’t say whether the firm represents other clients from the fund.

On Tuesday, Haverstick said: “Anyone discussed in that report should get an adequate opportunity to respond to it.”

“Jim is a public employee and he has a constitutional right — as does everybody in Pennsylvania — to not be unfairly criticized and protect his reputation,” Haverstick said.

“I want to protect against an unfair attack against reputation because someone at PSERS has been doing that to Jim for months — repeated, malicious, and possibly criminal leaking of sensitive information.”

Based in North Carolina, Womble merged in 2016 with a law firm in the United Kingdom to create what it calls a “transatlantic” company. Rauscher joined the firm a decade ago after serving as a top public defender in North Carolina. Her bio on the firm website begins: “Claire is a fighter. She protects her clients from the long reach of the government (both state and federal).”

Pennsylvania is one of the few states whose constitution lists reputation as an inherent right. The U.S. Constitution does not do that.

In a key 1995 ruling, Simon v. Commonwealth of Pennsylvania, Commonwealth Court blocked a state crime commission from naming people as being linked to mobsters without giving them the right to defend themselves in advance.

In 2016, after spending at least $400,000 on an outside report investigating the swapping of pornography by law-enforcement officials on state computers, the Pennsylvania attorney general decided at the last minute to scrub the report of any names.

Two years later, about a dozen priests who were among hundreds to be named and criticized in a massive report by state Attorney General Josh Shapiro about child abuse in six Catholic dioceses filed legal challenges to the document before its release. No one had previously raised such a legal challenge to detailed reports of church abuse in the Philadelphia and Altoona-Johnstown areas.

The state Supreme Court backed the priests. It ordered their names redacted from the 884-page document before it was made public.