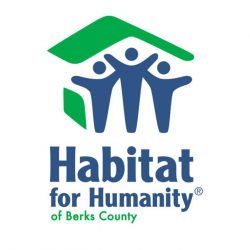 Visions Federal Credit Union announced a gift of $100,000 to 10 Habitat for Humanity affiliates in New York, Pennsylvania, and New Jersey. Each affiliate will receive $10,000 as part of “The Big Give.”

Each year, Visions chooses a cause to support, with a focus on those performing community service, as part of The Big Give. Visions looks for worthy causes in all the communities it serves across a three-state footprint.

“Habitat for Humanity made perfect sense as our first recipients of The Big Give,” said Tim Strong, Visions’ Public Relations and Community Engagement Manager. “Visions focuses on building strong communities and there’s no better program than Habitat to do just that.”

Recipients of The Big Give include:

The funds will help support the Habitat for Humanity mission to build homes, communities, and hope – a great fit for the Visions Cares initiative. Visions Cares celebrates all the credit union does to help make its communities better.