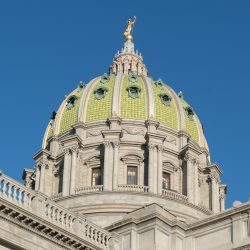 Pennsylvania’s Legislative Reapportionment Commission has voted on its proposals for state House and Senate voting-district maps. Good-government advocacy groups say the maps are a step in the right direction to keep communities of interest together.

The biggest changes are seen in the House map, reflecting large population shifts in the Commonwealth over the last decade. As a result, several incumbents, majority Republican, have been drawn into the same district.

Carol Kuniholm, chair of Fair Districts PA, said though it may be frustrating for incumbents, the result is more compact districts, with fewer county splits.

According to the Princeton Gerrymandering Project, there’s a near-even party split in both the Senate and House maps, and a slight increase for Democrats compared with the current ones.

The commission is made up of four House and Senate leaders, with one nonpartisan chair – Mark Nordenberg, a former dean at the University of Pittsburgh.

Salewa Ogunmefun, executive director of the group Pennsylvania Voice, said she’s happy to see the creation of seven new districts that would maximize the vote for communities of color.

“Chair Nordenberg and the LRC members,” said Ogunmefun, “were really committed to making sure that the growing populations in the state – which are entirely driven by the Black population, the Latinx population, by the Asian American population – that those communities are getting more opportunity to elect their candidates from this process.”

Pennsylvanians will have 30 days from last week’s vote to provide public comment on the proposals.