Funds for Internet Expansion Could Help Thousands in PA 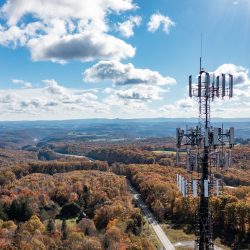 Pennsylvania is poised to receive $100 million from the Infrastructure Investment and Jobs Act for improving broadband access. Advocates and local lawmakers say it has the power to transform rural communities.

Susan Boser, professor of sociology at Indiana University of Pennsylvania, said the decline in manufacturing jobs in the mid-20th century hit rural towns the hardest, including in the Keystone State. In a Thursday news conference hosted by Keystone Research Center and ReImagine Appalachia, Boser argued broadband connectivity is key to bringing economic development back to these communities.

“On any weeknight, if you would drive into Punxsutawney, Pennsylvania, you’d see cars in the parking lot around the McDonald’s,” Boser recounted. “It’s parents who are sitting there, accessing the broadband so that their children can do their homework. That’s been the state of things in Pennsylvania, rural areas, for about the last 10 years.”

According to the Governor’s office, 500,000 rural Pennsylvanians lack reliable internet coverage. In October, the state awarded $20.6 million to schools and libraries through the Emergency Connectivity Fund.

With the influx of federal dollars, state lawmakers unanimously passed legislation to create the Pennsylvania Broadband Development Authority. It will coordinate the broadband rollout, including construction of new towers, lines and equipment.

Rep. Pam Snyder, D-Greene County, a member of the Authority, said there is a lot of work to do to make sure the process is equitable.

“We’re going to need folks from our labor union sector, you know,” Snyder pointed out. “We want to make sure that this money is utilized properly and that it goes to Pennsylvania workers. This is to make sure that we are servicing unserved and underserved areas in the Commonwealth.”

The Broadband Development Authority hosted its first meeting last month and is searching for an executive director. Snyder pointed out the state has the potential to access more funds through the $42 billion Broadband Equity, Access and Deployment Program. She added the Authority plans to apply for the grant to receive extra support.