Commuter Services of PA Observes Biking in May

by Commuter Services of Pennsylvania 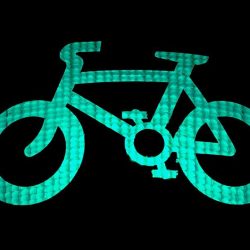 Commuter Services of Pennsylvania invites area commuters to get out and try bicycling during the month of May.  Not only is bicycling a great way to stay fit, bikers can also save money from not driving their cars.  In 2021, local bicyclists recorded their bike trips in the free rideshare and rewards program, Commute PA.  These efforts took 21,651 miles off Pennsylvania’s roads, saving 969 gallons of gas, and returning $12,288 of disposable income back in their pockets.

This year, Commuter Services of PA is celebrating Bike Month with a promotion asking commuters to record their bicycle trips in Commute PA. Participants will be entered randomly to win three $100 Tango gift cards.

The winners will be announced at the beginning of June.

Funding is provided by the Federal Highway Administration through PennDOT and the region’s metropolitan planning organizations.

The Commuter Services board of directors is comprised of the following transit agencies, metropolitan planning organizations and chambers: