BUDGET BREAKDOWN: A Free Q&A on New Pa. Budget and What It Prioritizes 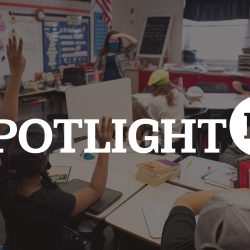 A week after their June 30 deadline, Pennsylvania lawmakers approved a new state budget. The $45 billion spending plan, which was signed into law by Gov. Tom Wolf, created a child care tax rebate program, boosted education funding, and funded new housing and environmental projects, among other provisions.

Education, which Wolf cited as one of his top priorities, received a major boost with $525 million allocated to K-12 schools. Over $2 billion in remaining stimulus dollars were also distributed to one-off conservation, water infrastructure, and public safety projects. The legislature also used some of this money to create a $125 million home repair program aimed at low-income homeowners and landlords who own less than 15 rental units.

The budget lays out the state’s plans and priorities for the immediate fiscal year and years to come. These expenditures will sustain, expand, and modify a wide range of state programs and policies that affect everyone in Pennsylvania.

On Tuesday, July 26 at 6 p.m. ET., join us on Zoom for a free breakdown of Pa.’s multi-billion-dollar budget and how it will impact you.

Other panelists to be announced.

Have questions for our panelists? Submit them in advance to [email protected]