Pa.’s unreliable lobbyist disclosure website is getting a user-friendly upgrade

More than 15 line items received a more than 100% boost in this year’s budget, including an upgrade to a website for lobbyists that has reportedly resulted in inaccurate disciplinary action. 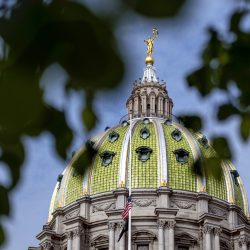 HARRISBURG — An initiative to improve the online system that lobbyists use to disclose which organizations have hired them and how they spend money to influence policy got a major boost in this year’s state budget.

A line item listed only as “Lobbying Disclosure” under the Department of State’s general appropriations budget is funded at $714,000 for the fiscal year that started in July — a 150% increase over the previous year. The money is a mix of dollars from the state’s general fund and fees paid by lobbyists, principals, and lobbying firms for licensure.


According to a Department of State spokesperson, the money will fund an IT upgrade to a system that has been criticized as lagging, unintuitive, and often down.

“The new lobbying disclosure module will give the lobbying community new tools to register and manage lobbying records,” the agency spokesperson said. “Development of the module is in its early stages, but it is the department’s expectation that the user interface and the reporting functions will be more intuitive and user-friendly than the current system.”

State Rep. Seth Grove (R., York), then chair of the committee, told Spotlight PA he’s unsure if the report influenced the spending increase. “I’d like to think [the report] triggered it, but I don’t think the administration gives a crap what the legislature does,” he said.

Justin Fleming — president of the Pennsylvania Association for Government Relations (PAGR), a professional association for lobbyists — said the system desperately needs an update. He said lags when updating the website have resulted in inaccurate disciplinary action and delays that required multiple attempts for users to update the organizations or people that they worked with.

“It is something that we have talked about in PAGR for years. We certainly welcome the resources being allocated,” said Fleming. “Everybody’s time is wasted if the system isn’t working”


A Spotlight PA analysis found that 15 line items received a more than 100% boost in this year’s budget. Other programs included: