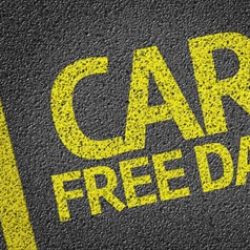 Commuter Services of Pennsylvania, a nonprofit organization, is celebrating Car Free Day, Thursday, September 22nd, with cities across the globe. Throughout the entire month of September, commuters are invited to try a greener mode instead of driving alone to celebrate Car Free Day.  By carpooling with at least one other person, trying local transit, biking, walking, vanpooling or working from home, commuters can help reduce congested roadways and combat air pollution. Not only can commuters help with the environmental cause, using a green commute mode can keep money in their wallets or burn calories for a healthier lifestyle.

Commuters are encouraged to think outside the box and depending on their commute route, try multiple modes, such as driving to a park and ride then carpooling or riding transit the rest of the way.  Interested commuters are invited to enroll in Commute PA (https://commutepa.agilemile.com/), our free commuting platform providing travel choices to get to and from work in a more efficient way.

In observation of Car Free Day, Commuter Services of PA is asking commuters to record their green trips in Commute PA.  Participants will be entered randomly to win three $100 Tango gift cards.

The winners will be announced at the beginning of October.

1-866-579-RIDE, www.PaCommuterServices.org Funding is provided by the Federal Highway Administration through PennDOT and the region’s metropolitan planning organizations.

The Commuter Services board of directors is comprised of the following transit agencies, metropolitan planning organizations and chambers: