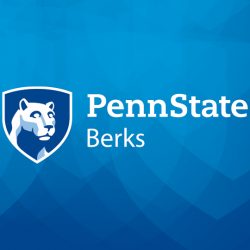 Tenth anniversary of the series focuses on most popular films

As part of the “Global Oscars Comes to Berks” series, Penn State Berks will present the film “Wild Tales,” at 6:15 p.m. on Tuesday, Nov. 8, 2022, in room 5 of the Luerssen Science Building. The presentation is free and open to the public.

“Wild Tales,” an Argentinian film directed by Damián Szifron, is comprised of six short stories, all dealing with the extremities of human behavior when people are in distress.

“Pasternak”: While on a plane, a model and a music critic realize they have a common acquaintance called Pasternak. Soon they discover that every passenger and crew member on board know Pasternak. Is this coincidence?

“The Rats”: A waitress recognizes her customer as the loan shark who caused a tragedy in her family. The cook suggests mixing rat poison with his food, but the waitress refuses. The stubborn cook, however, decides to proceed with her plan.

“The Strongest”: Two drivers on a lone highway have an argument with tragic consequences.

“Little Bomb”: A demolition engineer has his car towed for parking in the wrong place and he has an argument with the towing company employee. This event destroys his private and professional life, and he plots revenge against the towing company and the city hall.

“The Proposal”: A reckless son of a wealthy family has an overnight hit-and-run accident, in which a pregnant woman gets killed. He wakes his parents up and his father calls the lawyer. The parents propose to pay the groundkeeper to take the blame for the boy. Soon the father discovers that he is a victim of extortion of his lawyer and the public prosecutor in charge of the investigation.

“Until Death Do Us Apart”: During the wedding party, the bride discovers that her newlywed husband has been cheating on her with one of the guests, and she decides to pay him back.

The “Global Oscars Comes to Berks” traditionally shows four of the year’s five finalists for Best Foreign Language/Best International Film Award at the Academy Awards. This year, however, the Global Studies Program will show four of the most popular and well-received films of the nearly 40 films showcased this past decade, to commemorate the tenth anniversary of the series.

The next film in this semester’s Global Oscars series will be “Capernaum” on Dec. 6.

The Global Oscars Series is presented by the Penn State Berks global studies baccalaureate degree program and the division of humanities, arts and social sciences. For more information, contact Kirk Shaffer, professor of Latin American studies, at 610-396-6258, or via email at [email protected].