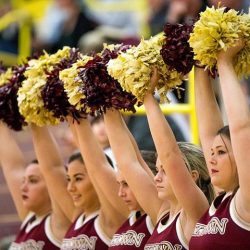 The team will compete as a semi-finalist in the All Girls Division 1 Category, the same category in which it competed in last year.

As per last year’s championship, KU will be met with challengers from schools all across the nation.