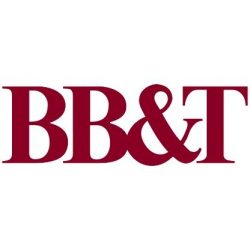 WINSTON-SALEM, N.C. – BB&T today announced it has donated an office building with an approximate market value of more than $500,000 to the Boyertown Community Library in Berks County, Pa. The property came into BB&T’s possession after its acquisition of National Penn in April 2016. BB&T previously donated three office buildings to the Borough of Boyertown, Pa., in December 2016, making the company’s total gift to Boyertown organizations worth nearly $1.5 million.

The 15,000-square-foot building at 24 N. Reading Ave. will be the new location for the library. It is in move-in condition and includes some office furniture. An adjoining parking lot is also part of the donation.

“Just last month BB&T announced the donation of three buildings to the Borough of Boyertown and a $120,000 grant to support Building a Better Boyertown,” Fainor said. “Today, we’re delighted to donate a building to the Boyertown Community Library and a $100,000 grant to the Colebrookedale Railroad Preservation Trust of Boyertown. Boyertown is a community on the rise, and we’re pleased to play a role in its progress.”

“BB&T is again demonstrating its ongoing support for our town, our residents and our future with this building donation to our library,” said Russell Phillips, president of the Boyertown Community Library Board of Trustees. “This property will provide much-needed space for an expanded library.”

“BB&T’s commitment to the Boyertown community is an extraordinary act of corporate citizenship,” said Kevin Murphy, president of Berks County Community Foundation. “We’re pleased to work with them to make sure that these funds go as far as they can in strengthening our region’s economy.”

“BB&T and Berks County Community Foundation have given us an extraordinary opportunity to create jobs in Boyertown through this support,” said Nathaniel Guest, executive director of the Colebrookdale Railroad Preservation Trust. “We will use the funds to hire staff who will, in turn, bring more folks to Boyertown to ride our train. Those new visitors will bring more money into the community, creating even more jobs.”