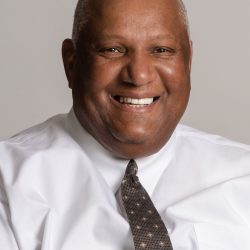 In his new role, Jones, who previously spent 14 years at KU in athletics and admissions, will oversee KU’s admissions operation and focus on enhancing the university’s diversity.

Jones comes back to KU from East Stroudsburg University, where he was director of admissions since 2008.  In his role at ESU, Jones provided leadership to 35 professional, support, graduate and work study staff.  He was responsible for the institution’s enrollment management plan and meeting all enrollment targets.  During his tenure, Jones increased ESU’s enrollment to an all-time high of 7,258 in 2011.   He increased freshman enrollment 18.3 percent in his first two years, and recruited the largest diverse enrollment in school history, which currently stands at 33.7 percent.

“We are extremely pleased to have Jeff join our division,” Hilton said.  “He brings a wealth of experience and a track record of success in recruiting and enhancing diversity at both KU and East Stroudsburg.  His talents and skills will be crucial in helping prospective students appreciate the lifelong value of a Kutztown University education.”

Prior to East Stroudsburg, Jones was the associate director of admissions for eight years.   During that time, Jones increased multicultural student enrollment from 4.1 percent in 2000 to more than 14 percent in 2007.  He also was instrumental in helping KU’s enrollment grow to record highs.  Jones came to KU in 1994 as the head men’s basketball coach.  He was named Pennsylvania State Athletic Conference Eastern Division Coach of Year for the 1998-99 season.

“I am grateful to have an opportunity to return to KU,” Jones said.  “I consider it to be a homecoming of sorts.

“The campus has unlimited potential,” Jones said.  “I look forward working with Dr. Hilton and the talented admissions staff to recruit the best and brightest students to the university, and to enhance the diversity of the campus.”

Prior to Kutztown, Jones was the head men’s basketball coach at NCAA Division I Delaware State University for six years.  He led the Hornets to the Mid-Eastern Athletic Conference championship game in 1991 and 1993.  At the start of the 1991-92 season, he led the Hornets to a win over the University of Delaware in the first ever meeting between the First State’s only Division I institutions.  One of his top players, Emmanuel Davis, went on to play six seasons in the NBA.

Jones’ first head coaching stint was at Division II Fayetteville State University from 1986-88.  From 1978-86, Jones served as an assistant coach at Wichita State University.  During those years, the Shockers won 70 percent of their games and made two appearances in both the NCAA and National Invitation Tournaments.