PA Senate Committee to Vote on Guns in Schools 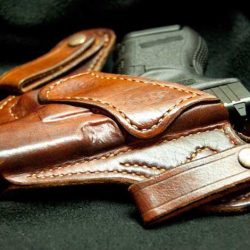 HARRISBURG, Pa. – On Wednesday the state Senate’s education committee is set to vote on a bill to allow school personnel to carry loaded weapons in public schools. Senate Bill 383 is labeled as “providing for protection and defense of students.” It would empower school districts to establish a policy to allow personnel who have a concealed-carry permit and training to have access to firearms in public school buildings. Susan Spicka, executive director of Education Voters of Pennsylvania, says they looked for evidence that arming school personnel increases student safety, and found none.”The National School Safety Security Services advises against it,” she said. “Every state study that has been done about school safety has not recommended it.”Republican State Sen. Donald White, the sponsor of the bill, says it would provide another option to improve the safety and security of children, teachers and school staff.But according to Spicka, there has been at least one experience in Pennsylvania that shows bringing guns into school can increase risk.”In Chambersburg, Pa., a teacher at a Christian school who took off her loaded gun left it on the back of a toilet in a bathroom that she shared with students and four students went into the bathroom that day,” she explained. Spicka notes that there have been no public hearings on SB 383, which was introduced in February.With the state facing a $3 billion budget deficit, Spicka believes there are real threats to public education that need immediate attention.”Making sure that we don’t have to go through another round of cuts, making sure that our kids can get a quality education,” she added. “That is what the Senate Education Committee should be focusing on, not trying to find a way to get guns in public schools.”