Movie Night at the Library 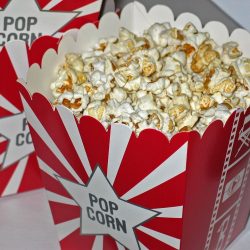 On Wednesday, August 9th at 7;00 p.m. Cinderella Man will be shown on the big screen. The 2005 film stars Russell Crowe and Renee Zellweger and was directed by Ron Howard. The film is based on the life of James J. Braddock, a boxer who lost everything except his family during the Great Depression, but came back to fight again and win. The film was nominated for 3 Academy Awards as well as the Golden Globe. It is rated PG-13 and runs two hours and twenty-four minutes.

Hidden Figures will be shown on Monday, August 21st at 7:00 p.m. The critically-acclaimed film details how three African-American women broke the gender and race barriers at NASA  during the early days of the US space program. Known as “human computers,” they were the people behind John Glenn’s successful orbit into space and return to earth. This film was also nominated for 3 Academy Awards and the Golden Globe, and won the NAACP Image Award. It is rated PG and runs two hours and seven minutes.

No reservations are required for either film, and attendees are invited to bring their dinner to enjoy with the movies; popcorn is provided courtesy of the library.

The Wyomissing Public Library is located at 9 Reading Boulevard in Wyomissing; on-street parking as available.