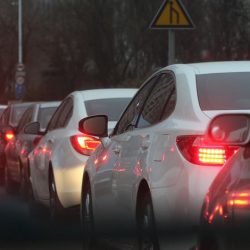 HARRISBURG, Pa. – The Environmental Protection Agency has proposed reopening its review of fuel efficiency requirements, a move critics say could only benefit automakers at taxpayer expense. When the requirements were first set, major car manufactures publicly agreed to achieving an average of 54.5 miles-to-the-gallon for cars and light trucks by 2025. That goal was an important part of national efforts to reduce greenhouse gas emissions. According to Carol Lee Rawn, director of the transportation program at the nonprofit group Ceres, that goal was reaffirmed by an EPA midterm review less than a year ago, and nothing has changed since.”EPA has conducted exhaustive analyses showing that costs actually have come down since the standards were initially conceived in 2012 and that they are indeed feasible,” she points out.Carmakers argue that low gas prices and high demand for sport utility vehicles now make those goals difficult to achieve. The EPA is accepting public comments through Oct. 5.Environmentalists and public health advocates point out that the industry’s bottom line is not the only consideration. Joseph Otis Minott, executive director and chief counsel of the Clean Air Council, says the benefits of better fuel efficiency already are being seen.”It reduces greenhouse gases, it reduces the precursors to ozone smog, it means that we’re using our cars more efficiently,” he explains. “It’s a win-win-win program.”In Pennsylvania, areas such as Lancaster and Allegheny counties and the city of Philadelphia have chronic problems meeting federal clean air standards.David Cooke, a vehicle specialist at the Union of Concerned Scientists, points out that the fuel efficiency standards not only reduce pollution, they keep American manufacturers competitive, save billions of barrels of oil and reduce fuel costs to consumers.”We’re saving about $50 million a day thanks to the standards that are on the books, and as long as we stay the course, by 2030 that number will grow to over $300 million per day,” he states.Cooke adds that climate change-fueled extreme weather such as Hurricane Harvey, which devastated the nation’s refining capacity, could drive up fuel prices, making efficiency more important than ever.