Want to Know if He’s Cheating? Listen to His Voice, Says New Study from Albright Professor 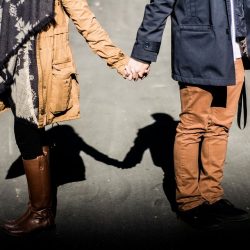 Reading, Pa. – Country singer Hank Williams famously lamented that “your cheatin’ heart will tell on you.” Turns out, it’s your cheatin’ voice you should be worried about.

A new study co-authored by Albright College psychology professor Susan Hughes, Ph.D., an expert in voice attractiveness and analyses and mate value, found that cheaters can actually be identified just by the sound of their voices.

The research, published in Evolutionary Psychology, found that independent raters could accurately assess, with a greater than likelihood chance, whether a person in a committed romantic relationship had been unfaithful just by listening to a small sample of his or her voice.

The recorded voice samples, from both men and women, consisted of participants simply counting from 1 to 10. These people had previously been surveyed about their behaviors and self-reported whether they had had sex outside of their committed relationship.

Controlling for voice attractiveness, pitch and other factors that could clue listeners to the speaker’s mate value, the researchers asked 152 people to rate each voice sample for the likelihood the person had cheated. The participants rated the voices of those with a history of cheating as more likely to cheat. Male speakers were given higher ratings for cheating, while female raters were more likely to ascribe the cheater label.

“These findings expand upon the idea that the human voice may be of value as a cheater detection tool and very thin slices of vocal information are all that is needed to make certain assessments about others,” according to the study.

But why? Researchers are not certain what the raters were picking up on to indicate infidelity. “Pitch played some role,” said Hughes, who noted that the vocal tones may also have reflected a personality trait, such as extroversion, which cued listeners to pinpoint the unfaithful.

In the study, the researchers also manipulated the pitch of the voice samples to study the impact. They found that lowered pitch versions of both male and female voice samples were perceived as more likely to belong to cheaters.

“A lowered voice may be a signal of testosterone and linked to sex drive, which leads people to think they are more likely to cheat,” said Hughes.

But the study found that regardless of pitch manipulation, raters were still able to assess actual history of infidelity. The one exception: male raters had more difficulty accurately judging female voices with lowered pitches. “When women lower their voice to try to sound more sexy and seductive, men may perceive this as willing to be unfaithful to a partner,” said Hughes.

The researchers believe that future studies should look into the raters’ own history of infidelity to determine if it has an impact on their ability to detect other cheaters.