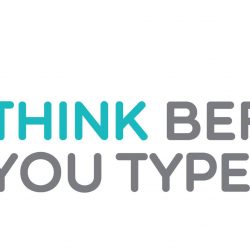 Editor’s Note: Lauren Coaxum is a 21-year-old medical student from Douglassville and the co-founder of an anti-cyberbullying nonprofit called Think Before You Type (TBYT). She co-founded TBYT in 2012 with her sister Victoria and it was just announced that she is one of the winners of TLC’s Give a Little TLC contest which is honoring individuals committed to anti-bullying efforts. She will be traveling to Los Angeles to attend the awards ceremony.

LOS ANGELES –  TLC Network will host its first-ever GIVE A LITTLE AWARDS in partnership with Redbook magazine and PACER’s National Bullying Prevention Center to honor those who are making a difference in preventing bullying. The awards will honor actress Brittany Snow, activist Monica Lewinsky, network stars Dr. Jen Arnold and Bill Klein of THE LITTLE COUPLE and three national contest winners inspiring their communities to address bullying: Natalie Hampton (Sit With Us); Lauren Coaxum (Think Before You Type); and John Halligan (Ryan’s Story).

The awards are an extension of GIVE A LITTLE TLC, the network’s national multiplatform campaign dedicated to empowering viewers to make a difference in the lives of those in need by giving a little of their time, support and compassion. The ceremony will take place on Wednesday, September 27 at Neuehouse in Los Angeles, to kick off National Bullying Prevention Month which was initiated by PACER starting in October. TLC star Chris Jacobs of LONG LOST FAMILY will serve as the event’s emcee and other notables will be both presenting and in attendance.

THE LITTLE COUPLE season 9 premieres tonight with a special extended two-hour premiere starting at 8/7c on TLC. An GIVE A LITTLE PSA featuring THE LITTLE COUPLE, available here, will start airing on 9/25 on TLC and run through 10/22.

“We are so thankful for the tireless work that all of our award recipients are doing to ensure that there are safe and inclusive environments for everyone and that we put an end to bullying,” said TLC Network President Nancy Daniels.  “These winners embody the spirit of our GIVE A LITTLE campaign and have made a huge difference in the fight against bullying.”

Pitch Perfect 3 actress Brittany Snow is an honoree for co-foundering Love is Louder with The Jed Foundation.  Love is Louder is a community of people working together to create a world where we all feel more connected and supported, and to amplify the message that love and support are louder than any internal or external voice that tries to bring us down. Individuals, communities and campuses around the world are using Love is Louder programs and resources to address issues like bullying, body image, self-esteem, discrimination and depression. Learn more at www.loveislouder.com.

Snow began acting on the small screen at the age of 12 and later starred in NBC’s acclaimed 1960’s period television series American Dreams.  She has since appeared on the silver screen starring in feature films such as The Pacifier, John Tucker Must Die, Hairspray and joined Universal’s franchise box-office smash Pitch Perfect in 2012 reprising her role as ‘Chloe’ in the hit 2015 sequel.  Pitch Perfect 3 is slated for theatrical release on December 22, 2017.

Bullying prevention and social activist Monica Lewinsky will be honored for her work. Lewinsky currently serves as an ambassador to the prestigious Diana Award’s Anti-Bullying Program, which trains young people across the UK to lead anti-bullying campaigns in their school. She is also an ambassador for Bystander Revolution, which offers practical, crowdsourced advice about simple things individuals can do to defuse bullying and shift the culture, as well as supports numerous organizations working on this issue. A Vanity Fair contributing editor, Lewinsky gave a Ted Talk in March of 2015 that has been viewed more than 11 million times. She has also written the foreword for the upcoming book, Shame Nation, due out in October and helped create the #BeStrong Anti-Bullying Emojis for Support (available as a free download on iTunes and Android).

Dr. Jen Arnold and husband Bill Klein, stars of the hit TLC series THE LITTLE COUPLE, have been actively outspoken about bullying having been victims of bullying and overcoming a variety of obstacles throughout their lives.  The couple wrote about their experiences in their New York Times best-selling book Life Is Short: No Pun Intended.  Tonight’s premiere will feature a one-hour special as Bill Klein and his brothers head back to his former home city of Houston to pitch in with the Hurricane Harvey relief efforts, followed by the regularly scheduled new season where the family travels to the U.K.

The GIVE A LITTLE contest required an original essay of 200 words or less describing the actions and activities that demonstrate the nominee’s dedication to engaging, educating, and inspiring others in the community to address bullying.  The contest ran from June 13-July 31 and submissions were reviewed based on originality, content, relevance to the theme and sincerity. Winners received a $5,000 donation to the bullying prevention program of their choice and their stories are featured in the October issue of Redbook magazine, on newsstands now.

“Bullying is top of mind for me as a mom, and we owe it to our kids—and our communities—to rise above the nastiness and do and be better,” said Meredith Rollins, editor-in-chief, Redbook magazine. “Redbook is honored to celebrate three incredible heroes who are doing just that, and to share their inspiring stories with our audience.”

The contest winners are:

Natalie Hampton (Sit With Us): After facing severe bullying in middle school and eating lunch by herself every day, Natalie Hampton recognized that a simple act of kindness can make a huge difference.  She created “Sit With Us,” a mobile app to give bullied or lonely kids an ally in their schools, along with an “analog” version to ensure nobody has to eat alone. The app is now used by more than 100,000 people in seven countries and she is creating localized versions to help spread her global kindness movement.

Lauren Coaxum (Think Before You Type): As a teenager Lauren Coaxum witnessed cyberbullying countless times and saw heartbreaking situations that had a profound negative impact. Along with her sister Victoria, she created “Think Before You Type, Inc.” a nonprofit organization to raise awareness about cyberbullying, promote positive self-esteem and encourage other young people to use the internet for good.  She’s spoken at a number of schools, churches and events, shared positive content online and conducted dozens of interviews with influential individuals.

John Halligan (Ryan’s Story): John Halligan lost his middle-school aged son Ryan to suicide in 2003, as a result of online and real-life bullying. To help the fight against bullying and suicide prevention he started the website www.RyansStory.org and has successfully spearheaded legislation in Vermont.  Outspoken about the need for more awareness and prevention of bullying, cyberbullying and teen suicide throughout the United States, Canada, and Latin America, he has visited more than 1800 schools, reaching more than 1 Million students directly with Ryan’s Story.

The GIVE A LITTLE AWARDS is sponsored in part by media partner AT&T.  AT&T’s Later Haters campaign (later-haters.com) promotes spreading positivity and kindness online, specifically targeted to GenZ. It aligns with AT&T’s ongoing efforts to give people tools and resources about responsible online behavior.