How A Winning Culture Is Obtained Professionally and Collegiately 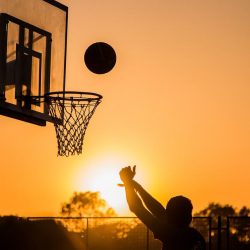 No one in the world of Athletics is interested in losing, unless you happen to be the Philadelphia 76ers. Most teams strive to win championships. This is first done however by creating a winning culture within the team as well as the surrounding fan base. Many different teams have different ways to create this however and one local college and a professional sports team many locals are a fan of are doing various things to create a winning culture.

At Alvernia University, the Men’s basketball team is always held to high expectations. Many expect nothing less than a winning season from the program. Coach Mike Miller and his brother Terry “ Skins’’ Miller have done a lot to create a winning culture. When posed with the question, “How do you create a winning culture?”, Terry Miller knew the answer right away. “ It Starts with recruiting student athletes with a winning attitude, first toward their academics, and second, good self esteem so they can be open to constructive criticism.” At Alvernia, based on the words from a key member of the coaching staff, a winning culture starts when recruiting athletes. They know who is going to be a good citizen and act correctly off the court. This helps the surrounding teachers, peers, and community be able to go support the team. Like all teams however, no matter how good, everyone will lose once in awhile. In order to stay positive after a loss and maintain a winning culture once again, Terry Miller assures that this starts again at the recruiting process. He says “ As a coach, losses stick with you longer than wins do. That’s why it’s essential to create a winning atmosphere which starts with recruiting.” As seen through Terry Miller’s words, staying positive after a loss depends on the type of players on the team.

A local college clearly has a smaller fan base than a professional team, in most cases. The Philadelphia 76ers have seemed to have some trouble recently with actually winning. Winning is the key to creating a winning culture, right? Well that may not actually be the case. The 76ers are starting from scratch. They got rid of several good players throughout the years in order to obtain good, young draft picks. With the arrival of new pieces to the team such as Joel Embiid, Ben Simmons, and Markelle Fultz, the 76ers have a fan base that expects nothing less than a few more wins and a spot in the playoffs. Brandishing the phrase “ Trust the process”, The Philadelphia 76ers organization has started to build an exciting new winning culture that has not been around for years. Brett Brown, the head coach of the 76ers, states “Having these guys learn how to win, and close out a game, and deal with situations, and execute things that drawn up on the side, there are so many benefits that come even with the situation that we’re in with learning how to win.” As seen, the organization is very into and engaged in creating a winning culture in and around the area. As seen through these two examples, a lot goes into creating a winning culture. Despite all the work that is involved, the results are definitely worth it.